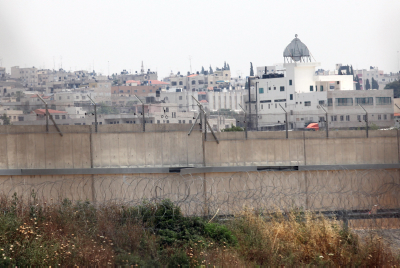 IDF forces overnight Wednesday arrested a leader of a carjacking ring which sent Palestinian Authority Arabs to steal vehicles from Israelis driving in Yehudah and Shomron. The ring was based in the Kalkilya area, near Kfar Sava in central Israel. The gang’s modus operandi involved staging accidents – often crashing into the rear of drivers’ vehicles – in order to get them to stop and steal the vehicles. The gangs were armed, victims said, with some flashing what appeared to be automatic weapons in some cases.

Their activities were similar to those of another gang that operated in the Binyamin region, whose members were apprehended last month. Members of that gang were caught red-handed trying to eject a driver from a vehicle at at gas station near Ariel, officials said.

IDF soldiers arrested two Arabs early Thursday as they attempted to cross from Gaza into Israel. The Arabs climbed a fence in the southern Gaza area and were noticed by security forces, who arrested them. The two were unarmed, security officials said. They were questioned and sent back to Gaza.