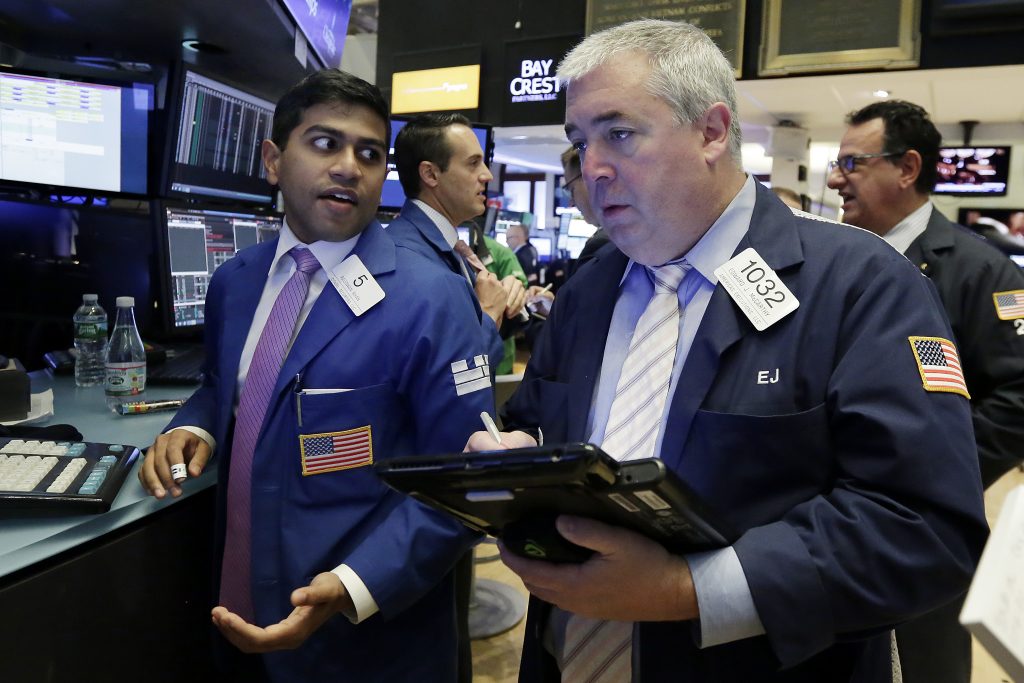 Losses in Apple stalled Wall Street’s record run on Thursday as worries over slack demand for iPhone 8 sent its shares down 2.5 percent.

Shares of the world’s biggest company by market capitalization were headed for their worst day in more than two months as doubts about its double 2017 iPhone release strategy weighed on investor minds.

A bunch of weak corporate earnings also added to the weak sentiment.

“Apple has its impact across the board,” said Phil Blancato, head of Ladenburg Thalmann Asset Management in New York.

“The marketing plan here was not a lot to be desired, considering you have two phones and the next one is just two weeks away from release. If it’s going to be a significant upgrade, it did not make any sense to me.”

There is also profit-taking in the tech sector, Blancato said. Technology sector has had a strong run so far, gaining more than 30 percent and helping the three major indexes scale record highs.

The other high-flying FAANG stocks — Amazon, Facebook, Alphabet and Netflix — were down about 1 percent.

The retreat from record levels comes on a day that marks the 30th anniversary of the 1987 Black Monday stock market crash.

Six of the 11 major S&P indexes were lower, led by technology and financials index.

The financial index dropped 0.46 percent, led by losses in Bank of New York Mellon and KeyCorp.

United Airlines tumbled 11.4 percent, weighing on other airlines stocks and the Dow Jones Transport index, after the third largest U.S. carrier’s profit fell due to flight cancellations during the hurricane season.

Health-care stocks gained, boosted by a 5.4 percent rise in the shares of medical equipment maker Danaher.

Among the few gainers in the tech sector was Adobe, which jumped more than 11 percent after the Photoshop maker gave a strong 2018 profit forecast.