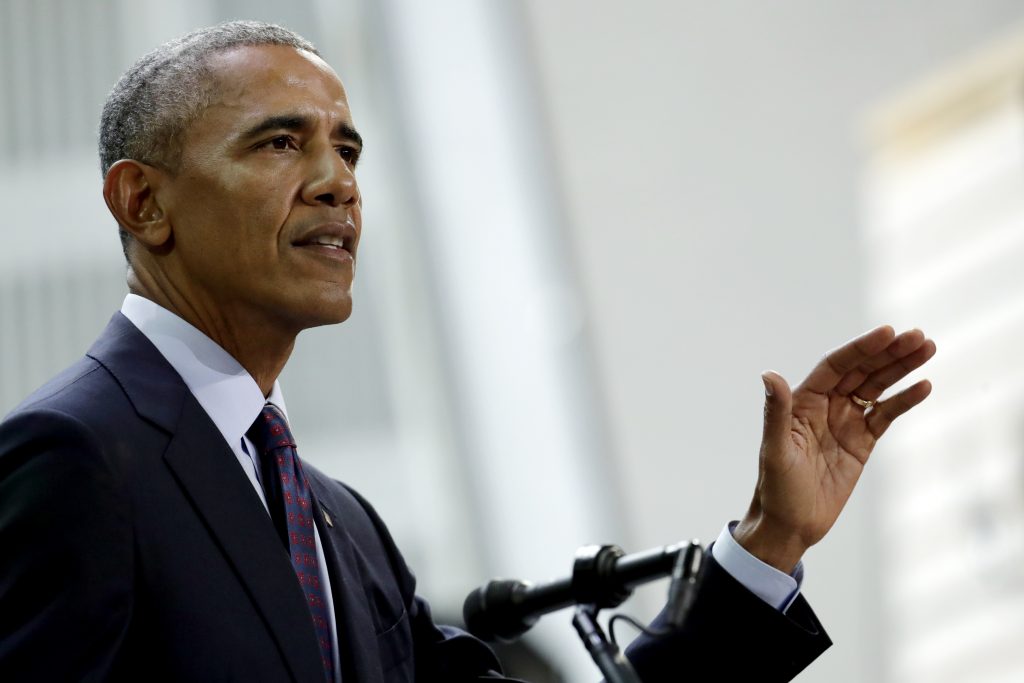 Former President Barack Obama is stepping back into the political spotlight for the first time since leaving the White House, publicly stumping for Democratic gubernatorial candidates in Virginia and New Jersey in preparation for this fall’s elections.

Unlike more low-key appearances earlier this year, Obama’s foray into two states Thursday won’t be a one-and-done. The former president is planning more public appearances as the year closes, and preparation for the all-important 2018 midterm elections begins.

“Obama seems to be determined to be an engaged and active former president who’s playing a role in different issues and is involved in politics,” Rutgers University professor David Greenberg said.

Obama is hoping to sway voters in New Jersey and Virginia, the only two gubernatorial races this year. Both Virginia Gov. Terry McAuliffe, a Democrat, and New Jersey Gov. Chris Christie, a Republican, are term-limited out of office. Those races will be considered a bellwether of Democrats’ strength in the face of President Donald Trump’s victory last year and first year in the White House.

Obama will first drop in on campaign workers in Newark, New Jersey, for a private “canvass kickoff” for Democratic candidate Phil Murphy, who is running against Republican Kim Guadagno. The former president will then head to Richmond in an effort to help boost Democrat Ralph Northam in his campaign against Republican Ed Gillespie.

The former president has attended two fundraisers for Democratic causes since leaving office, one for the Democratic National Committee in Washington, and one for the National Democratic Redistricting Committee chaired by his former U.S. attorney general Eric Holder. Obama has also quietly, and with little notice, dropped in on schools in the Washington, D.C. area, where he and former first lady Michelle Obama now live, and has made surprise appearances in Chicago around his foundation work.