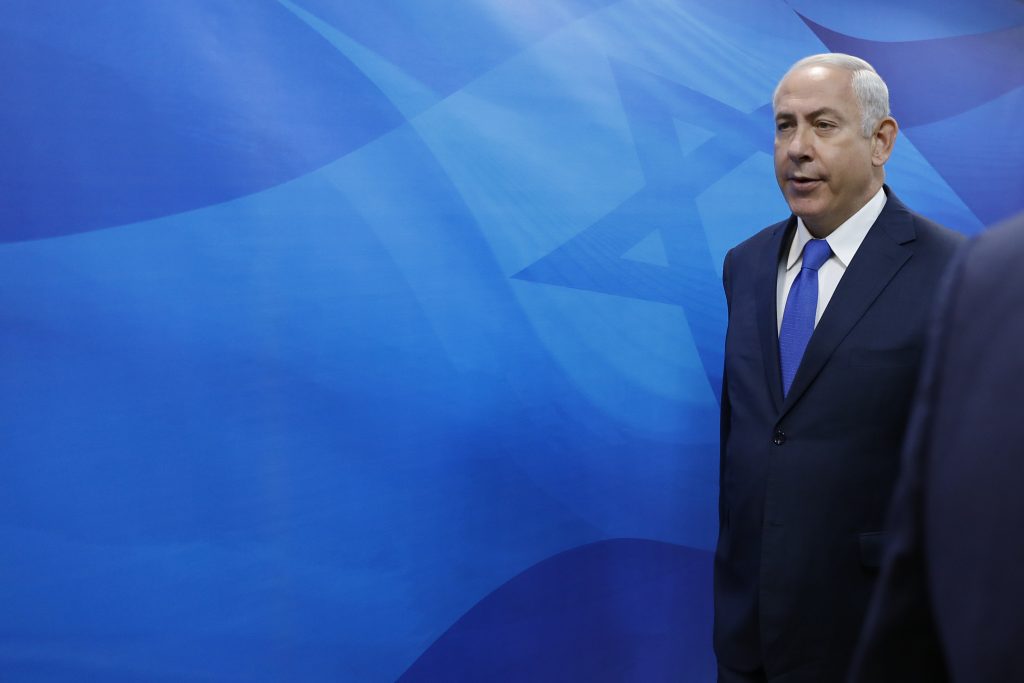 The Israeli security cabinet issued a statement on Tuesday reiterating its refusal to recognize the new Palestinian unity government, though in slightly milder language.

After the second meeting of the cabinet in two days, the statement issued repeated that it would not negotiate with a Palestinian entity that consists of Fatah and an unreformed Hamas.

Until Hamas disarms, ceases its terrorism, recognizes the right of a Jewish Israel to exist, and returns the bodies of Israeli soldiers and Israeli citizens held in Gaza, recognition will not be forthcoming.

However, Tuesday’s statement omitted a threat of punitive action contained in a previous message. “Israel will respond to unilateral Palestinian action with a series of measures,” it read, without specifying the measures. That was left out of the new version.

However, according to Haaretz, a senior Israeli official said the cabinet has authorized Prime Minister Binyamin Netanyahu to impose sanctions on the Palestinians, such as deducting debts from taxes Israel collects for the Palestinians.

There was also no mention of Education Minister Naftali Bennett’s demand for severing connection with the PA, on the grounds that the reconciliation deal with Hamas turned the PA into a “terrorist authority.”

Although Prime Minister Netanyahu has personally expressed his opposition to the reconciliation deal and said it would make “peace much harder to achieve,” he told the security cabinet on Monday& that Israel would not cut ties with the PA and that it was in Israel’s interest to support the deal to avert a humanitarian crisis in Gaza, according to Haaretz.

Netanyahu may also be mindful that Israeli refusal to work with the Fatah-Hamas entity could put him at odds with the Trump administration’s ongoing efforts to renew peace talks.