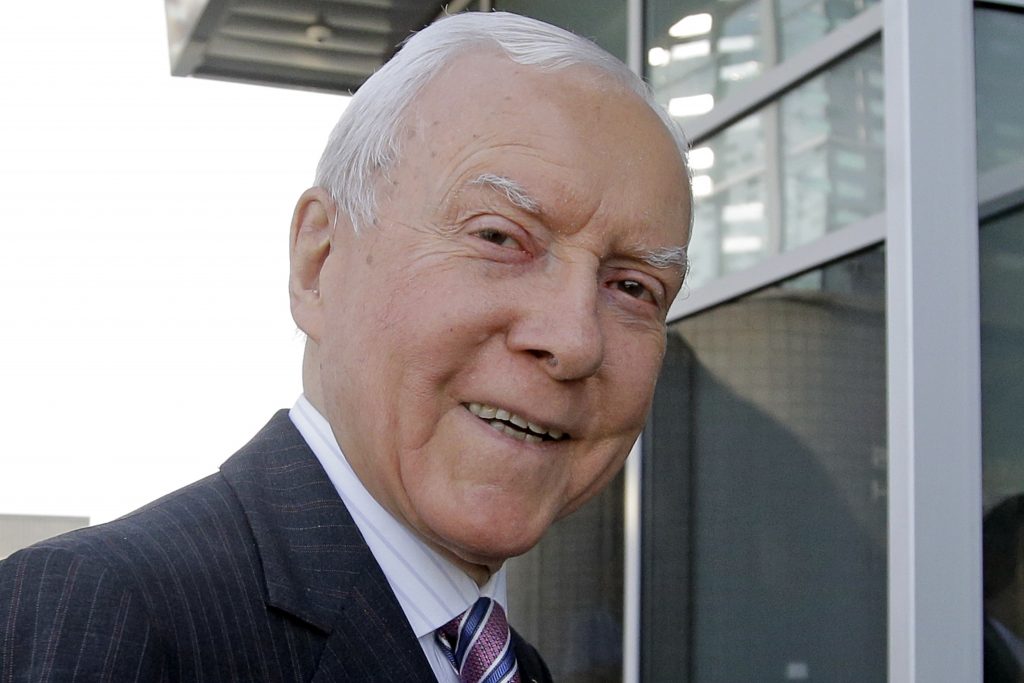 Sen. Orrin Hatch raised $936,992 in the most recent fundraising quarter, amid speculation about whether he will seek an eighth term.

After re-election in 2012, the Utah Republican said this term would be his last. But Donald Trump’s election and the prospect of tax reform made Hatch reconsider.

Hatch, 83, , the longest-serving Republican senator in history, became a loyal ally of the Trump administration and backed Trump in May of last year.

Hatch’s October quarterly report to the Federal Election Commission also showed his campaign committee has $4.75 million in the bank.

Hatch still faces significant headwinds. A poll from August showed 78 percent of Utahns want Hatch to retire at the end of his term.