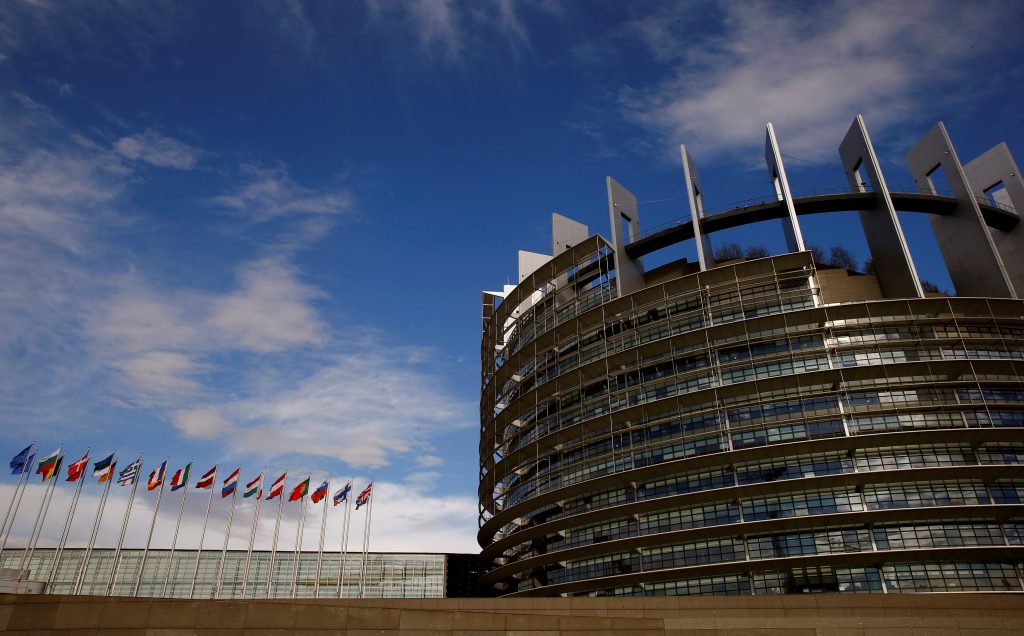 European Union foreign ministers on Monday backed the Iran nuclear agreement, saying the accord is working and is a key part of non-proliferation efforts despite President Donald Trump withdrawing his support for it.

EU foreign policy chief Federica Mogherini, whose team has been a key player in drawing up the deal to curtail Iran’s nuclear ambitions, suggested that domestic U.S. politics was at play in Trump’s decision.

Trump “decertified” the deal Friday, angrily accusing Iran of violating the 2015 international nuclear accord, and directed the U.S. Congress to make it more stringent. But he did not pull the U.S. out or re-impose nuclear sanctions.

“The EU is committed to the continued full and effective implementation of all parts” of the agreement, the European ministers said in a statement. They noted that the International Atomic Energy Agency has certified eight times that Iran was living up to its commitments. The deal has also been certified twice in the United States since Trump took office.

“At a time of acute nuclear threat the EU is determined to preserve the [agreement] as a key pillar of the international non-proliferation architecture,” they said, underlining that they saw Trump’s move “as being in the context of an internal U.S. process.”

Mogherini said the ministers “understand the politics around it,” but she noted that “what is of crucial importance for us is that our European security interests are taken into consideration.”

The ministers, meeting in Luxembourg, also underlined their hope that the U.S. Congress, which has around two months to decide what action to take, will come to the rescue and safeguard the 104-page agreement, which is part of a U.N. Resolution and has been backed by the U.N. Security Council.

“We hope Congress will not call this agreement into question,” French Foreign Minister Jean-Yves Le Drian told reporters. His Dutch counterpart Bert Koenders said the agreement concerns “the safety of the world. I hope also that the U.S. Congress will realize this and take the right decisions.”

Belgium’s foreign minister, Didier Reynders, said that walking away could compromise any chances of encouraging North Korea to negotiate on its nuclear program.

“We must be able to demonstrate that when a nuclear agreement has been concluded that we respect it,” Reynders said.