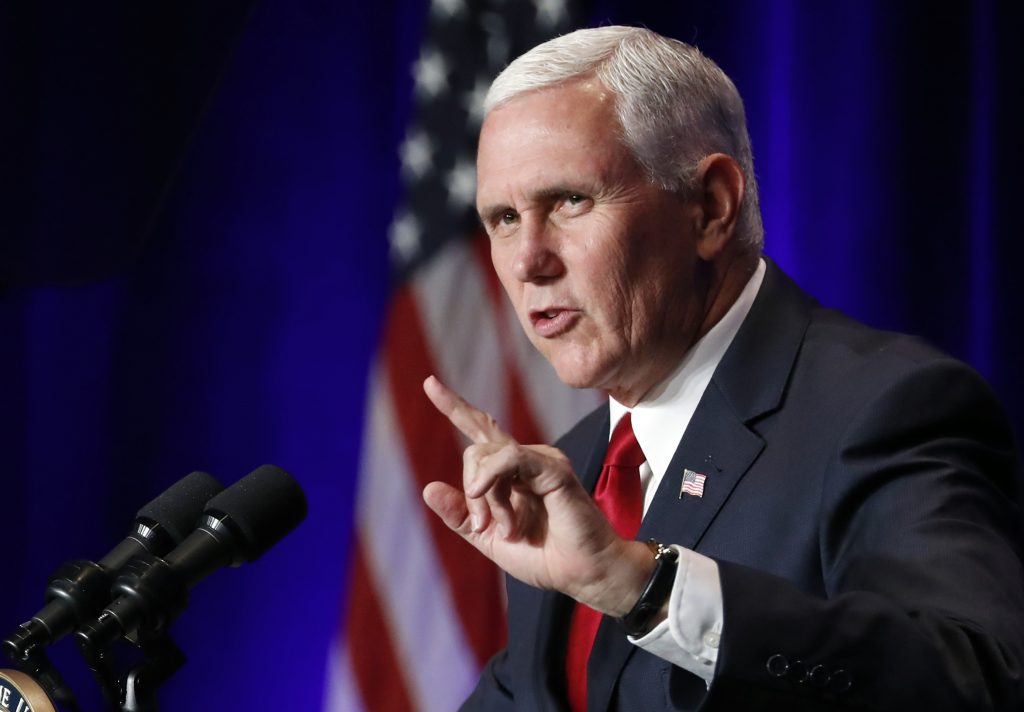 INDIANAPOLIS (AP) — Vice President Mike Pence left a football game in Indianapolis after about a dozen players took a knee during the national anthem Sunday.

The former Indiana governor flew in so he could attend a ceremony honoring a legendary Indianapolis player. But Pence didn’t stick around long.

Right around kickoff, Pence wrote on Twitter: “I left today’s … game because @POTUS and I will not dignify any event that disrespects our soldiers, our Flag, or our National Anthem.”

The White House also issued a statement from Pence, in which he said Americans should rally around the flag. Pence said: “I don’t think it’s too much to ask [football] players to respect the Flag and our National Anthem.”

“He knew our team has had the most players protest, he knew that we were probably going to do it again,” Reid said. “This is what systemic oppression looks like: man with power comes to the game, tweets a couple things out and leaves the game in an attempt to thwart our efforts.”

A league spokesman Brian McCarthy declined to comment on Pence’s walkout. A coach Chuck Pagano said “No,” when asked if he had any reaction to what Pence did.

One team’s players stood in unison, locking arms but standing throughout the anthem.

President Donald Trump later tweeted: “I asked @VP Pence to leave stadium if any players kneeled, disrespecting our country. I am proud of him and @SecondLady Karen.”