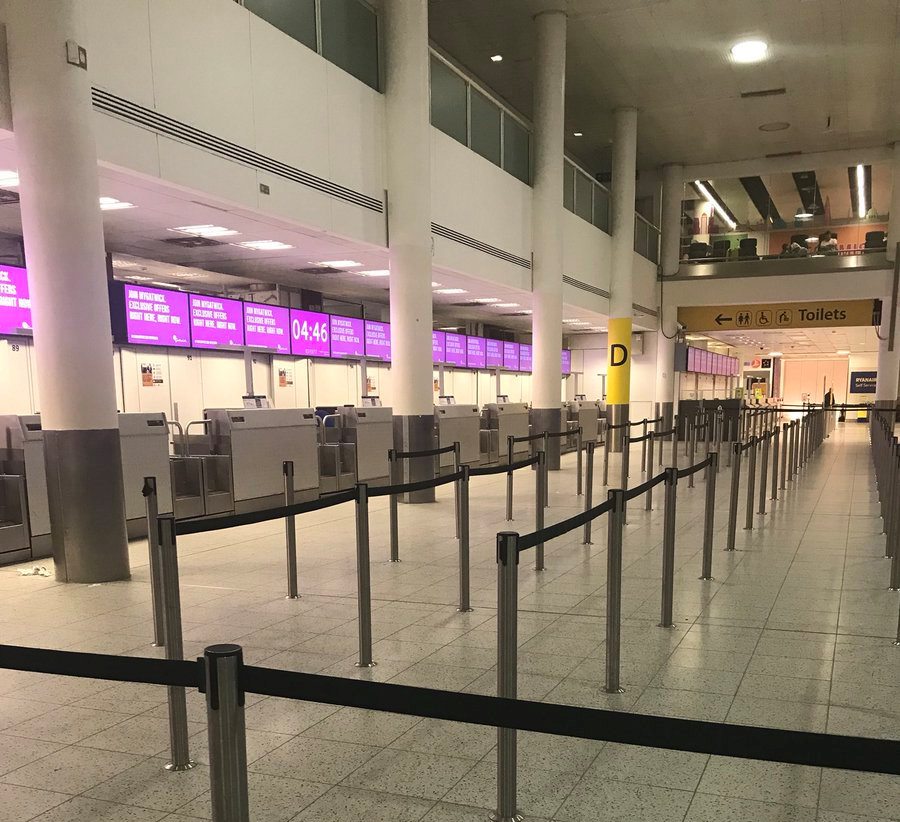 The low-cost travel revolution has enabled many more Israelis to travel abroad than ever before, but it also has its downside, as hundreds, perhaps thousands, of Israelis who were set to travel to the United Kingdom — as well as return home in time for Sukkos — are stuck, with the cessation of operations of Monarch Airlines. The company on Sunday night canceled all flights, as it entered bankruptcy proceedings.

Monarch operated six weekly flights between Israel and the U.K. — three to and from Luton London, and three to and from Manchester. The airline also operated flights between Eilat and Luton during the winter months. The next Monarch flight was scheduled to fly from London to Ben Gurion Airport at 2 p.m. Monday, but it is likely that flight will not take off — and Israelis booked on the flight are desperately seeking alternatives, Haaretz reported.

Flights leaving from Israel have been canceled, and booked passengers were trying to get a refund, or use their ticket on alternative carriers. Haaretz reported that passengers were not succeeding with either efforts at this point. U.K. officials said that they were working with the company on arrangements to refund ticket payments for 110,000 Monarch customers outside the country. The company flies to more than 100 destinations in Europe and Asia.

Representatives at the Monarch office in Tel Aviv told Haaretz that they were as surprised as anyone else at the turn of events. “We are in shock. This is a black morning for all of us. We are trying to figure out what to do with Israeli customers, and who will pay for the alternative flights customers will apparently have to book,” one company official said.