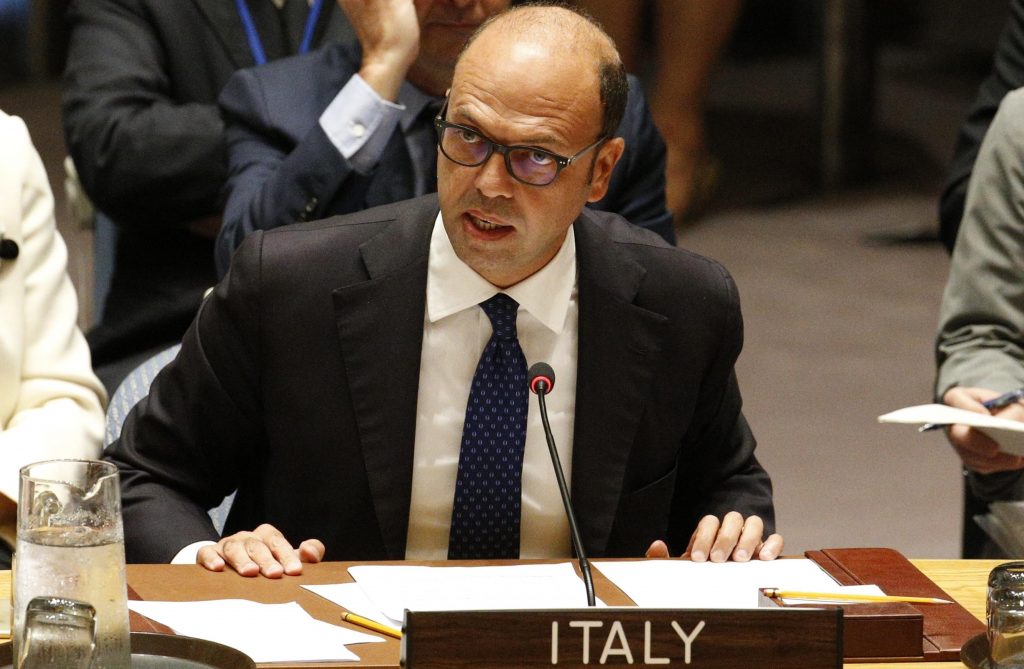 Italy has become the latest country to expel North Korea’s ambassador, saying that isolation was “inevitable” if Pyongyang continued to push ahead with its nuclear weapons program.

The decision comes as the United States urges countries that have diplomatic relations with North Korea to sever or at least scale them back.

“We want to make Pyongyang realize that their isolation is inevitable if they don’t change tack,” Alfano told Italian newspaper la Repubblica in an interview published Sunday.

Mun had been in Rome barely a month, with his appointment announced by the North’s Korean Central News Agency on Aug. 28.

Italy becomes the fifth country to expel a North Korean ambassador, following in the footsteps of Spain, Mexico, Peru and Kuwait.

The Trump administration has been vigorously lobbying governments that have diplomatic relations with North Korea to curtail them as punishment for North Korea’s continued defiance of the international community’s calls to stop missile launches and nuclear tests.

After launching two intercontinental ballistic missiles in July technically capable of reaching the United States, North Korea detonated what it claimed to be a hydrogen bomb – a claim that most analysts and many governments believe is true.

In a directive signed early in his administration, Trump included instructions to diplomats and officials to bring up North Korea in virtually every conversation with foreign interlocutors and urge them to sever all ties with Pyongyang.

Those conversations have had significant success, particularly in recent weeks as North Korea has tested another nuclear weapon and ballistic missiles, officials said, The Washington Post reported Saturday.

The United States does not have diplomatic relations with North Korea. Its interests in Pyongyang are represented by the Swedish Embassy there, while U.S. officials can talk to through the “New York channel” to North Korean diplomats accredited to the United Nations.

In the interview with la Repubblica, Alfano also said that he was “comforted” by Secretary of State Rex Tillerson’s remarks that the United States had a direct channel to North Korea, signaling that diplomacy remained on the table for dealing with a defiant Pyongyang.

The Italian government would not completely sever all diplomatic relations with North Korea, the minister said, because it was useful to have a line of communication to Pyongyang.

Italy, which chairs the sanctions committee of the Security Council, has also been calling on the international community to apply strong pressure on the Pyongyang regime, Alfano said.

Italy’s Foreign Ministry convened a meeting on North Korea in Rome last week, it said in a statement. Members of the Group of Seven countries, together with the European Union, South Korea and Australia, met to discuss how sanctions are being applied, the ministry said in a separate statement.