Politics Price Apologizes for Private-Charter Flights, Pledges to Cover His Share of the Trips
Politics 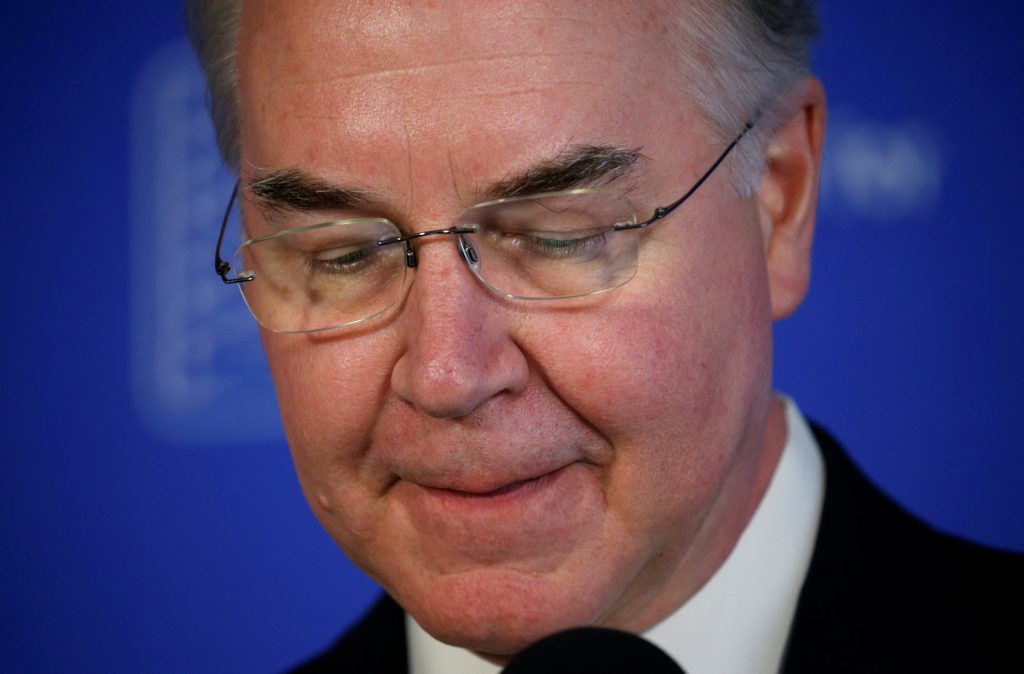 Health and Human Services Secretary Tom Price said Thursday that he would reimburse the government for the costs of his flights on charter planes in recent months, after coming under sharp criticism from members of both parties for the expensive practice.

“Today, I will write a personal check to the U.S. Treasury for the expenses of my travel on private charter planes. The taxpayers won’t pay a dime for my seat on those planes,” Price said in a statement, adding that he would no longer take private planes while serving as secretary. “No exceptions.”

An HHS official said Price would write a check for $51,887.31, which appears to cover the cost of his seat on chartered flights but not those of his staff. Politico, which first broke the story of Price’s repeated use of chartered jets, has estimated that the total cost of these trips exceeded $400,000.

Although Price said his travels had been approved by legal and HHS officials, he said he regretted “the concerns this has raised regarding the use of taxpayer dollars.”

“All of my political career I’ve fought for the taxpayers,” Price said. “It is clear to me that in this case, I was not sensitive enough to my concern for the taxpayer. I know as well as anyone that the American people want to know that their hard-earned dollars are being spent wisely by government officials.”

Price said he would continue to cooperate fully with the HHS inspector general’s office, which is reviewing the flights. He also said he has initiated a departmental review to determine if any changes or reforms are necessary.

On Wednesday, President Trump said he was “not happy” about the revelations about the secretary’s travel. Responding to questions from reporters at the White House, Trump said he was “looking into” the situation and that “personally, I’m not happy about it, and I let him know it.”

Trump later was asked whether he would fire Price. “We’ll see,” he responded.