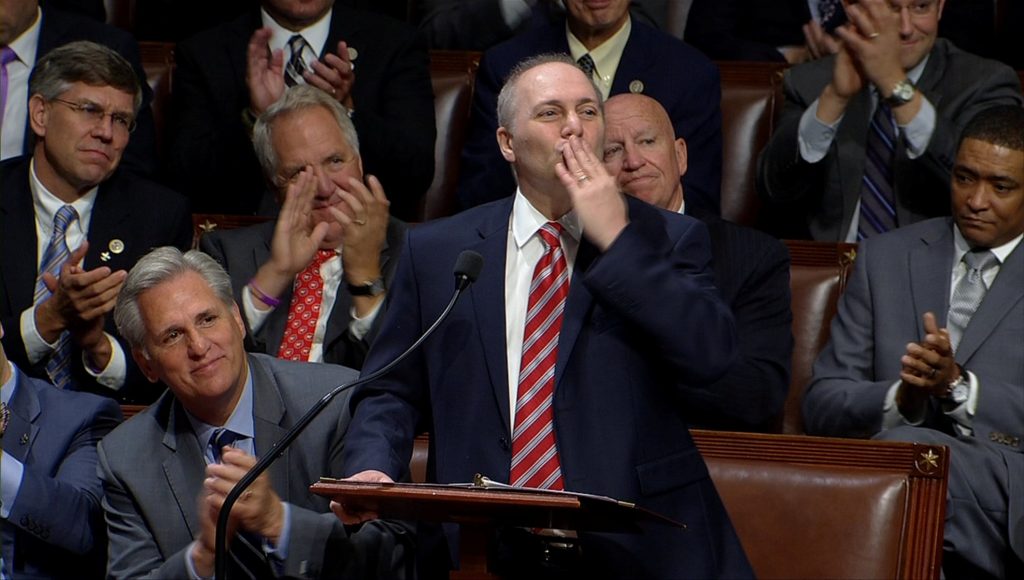 To hugs and a roaring bipartisan standing ovation, House Republican Whip Steve Scalise returned to the House on Thursday, more than three months after a baseball practice shooting left him fighting for his life.

“You have no idea how great this feels to be back here at work in the people’s House,” the 51-year old Louisianan said to a chamber packed with lawmakers, including senators who welcome him back.

Scalise hobbled into the chamber on crutches, smiling broadly and blowing kisses in his first public appearance since the June 14 shooting. In an extraordinary gesture, Speaker Paul Ryan, R-Wis., presided and ordered members to sit in their chairs to listen to Scalise’s remarks.

“Our prayers have been answered,” Ryan said.

The moment marked a departure from the bitter divisions that have dominated Congress this year between two parties locked in combat over President Donald Trump and the GOP agenda.

Scalise thanked the two wounded Capitol Hill police officers who returned fire and helped kill the shooter, James Hodgkinson of Belleville, Illinois. One of them, David Bailey, was in the chamber Thursday.

“David, you are my hero,” Scalise said.

Scalise and four others were injured when a gunman opened fire on a Republican baseball practice in nearby Alexandria, Virginia. U.S. Capitol Police and other officers returned fire and killed the gunman. The rifle-wielding attacker had nursed grievances against President Donald Trump and the GOP.

Scalise was struck in the hip, and the bullet tore into blood vessels, bones and internal organs.