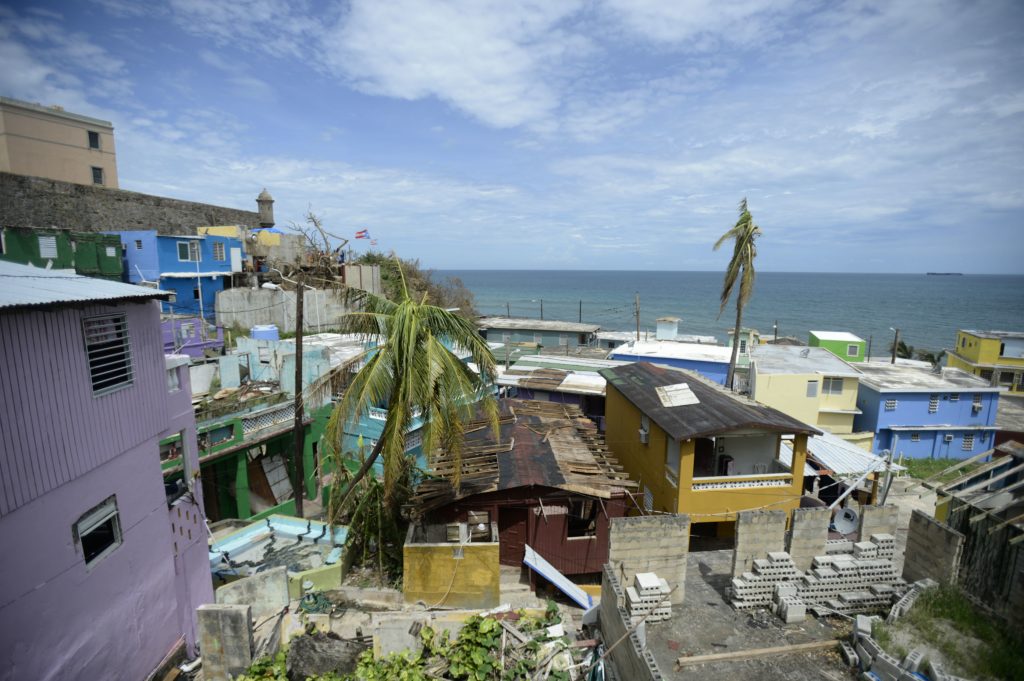 The top Democrat in the House Monday called upon President Donald Trump to deploy the military to help with the humanitarian crisis in Puerto Rico.

The California Democrat also said that the people of Puerto Rico and the U.S. Virgin Islands “deserve to know that their government will be there for them, without question or hesitation.”

The devastation in Puerto Rico has received less media coverage than Hurricanes Harvey and Irma, and President Donald Trump hasn’t brought much attention to it. Pres. Trump called the governors of the Virgin Islands and Puerto Rico last week, but his administration isn’t getting high marks so far for its hurricane response.

Pelosi’s comments came after House Speaker Paul Ryan, R-Wis., promised that Washington will make sure that the people of hurricane-devastated Puerto Rico will “have what they need.”

The Wisconsin Republican’s statement came as authorities struggle to provide adequate relief to the more than three million U.S. citizens on the island territory, which is without power and has seen terrible devastation.

Ryan said Congress is working with the administration to make sure Puerto Rico gets all of the help that’s required. Lawmakers approved $15 billion in hurricane relief in the wake of Harvey but tens of billions of dollars more is sure to be needed in the weeks and months ahead.

But a GOP-drafted package of tax relief for victims of Harvey, which slammed Texas and Louisiana last month, ran into obstacles on Monday as House Democrats announced their opposition to it and other provisions attached to a must-do measure to finance the operations of the air traffic control system. Pelosi and other Democrats object to GOP provisions denying tax relief to prior storm victims, and said the GOP effort should renew a key children’s health program as well.

Monday’s legislation appeared likely to fail under fast-track procedures and a two-thirds vote but is likely to be revived later this week.

“The stories and images coming out of Puerto Rico are devastating,” Ryan said. “Congress is working with the administration to ensure necessary resources get to the U.S. territory. Our fellow citizens in Puerto Rico remain in our prayers as we make sure they have what they need.”

An aide to the House Appropriations Committee, Jennifer Hing, said Monday that the magnitude of the damage and the humanitarian crisis in Puerto Rico makes it likely there will be congressional action on the next installment of disaster aid by mid-October.

Velazquez said Puerto Rico was “already struggling from financial and economic challenges before Maria made landfall. Now, the Island has been dealt a crushing blow and needs all the assistance it can get.”

She called the hurricane “a catastrophe of historic proportions that will require coordination at all levels of government.” She said she and others in the NY delegation will be advocating for federal funding to swiftly repair and rebuild Puerto Rico’s electrical grid, help small businesses recover and address other problems.