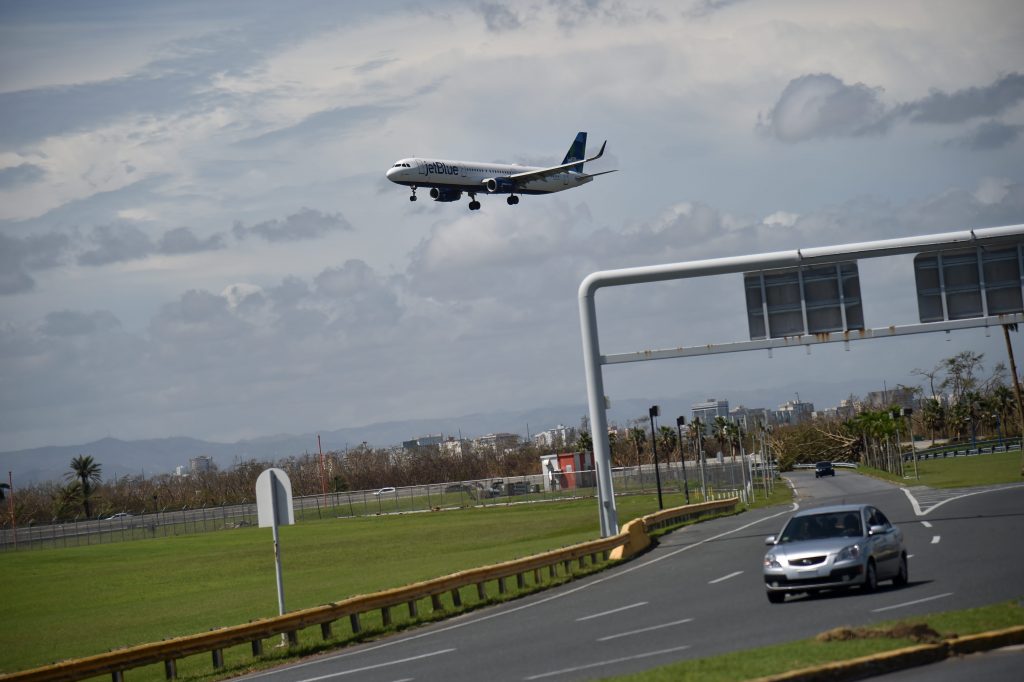 Hundreds of stranded tourists and Puerto Ricans seeking to leave filled the sweltering halls of San Juan International Airport on Monday, anxious for a seat on one of the few flights operating after Hurricane Maria devastated power and communications across the island.

Fearful of checking out of hotels in case they could not get on the few flights available, worried visitors waited in long lines at Puerto Rico’s main airport, struggling to reach loved ones and airlines by phone.

“Everything is hearsay at the moment because there is no communication,” said 31-year-old Rene Kessler, a medical student from Baltimore, Maryland, preparing to spend the night in the terminal ahead of what he hoped would be a flight home.

A microcosm of the storm-battered island, San Juan airport is a top priority in efforts by Puerto Rico’s cash-strapped government to rebuild after Maria. Experts say the work will take months and likely cost tens of billions of dollars.

The screens above American Airlines’ desks were dark, while JetBlue’s displays flowed with red rows of cancellations. Staff called out the names of passengers who won seats on the few departing planes.

“Everyone is in the same boat, trying to get out,” said Leyla Colon, standing in line with her four-year-old daughter at the JetBlue terminal. Without internet or cell service, she was unable to buy tickets before reaching the airport.

“At this point I’ll buy a ticket on any flight to get out of here,” Colon said.

Carriers said downed infrastructure had caused operations to be scaled back sharply. In some cases, airlines used a nearby hospital to print flight manifests. And some customers were given handwritten boarding passes.

Mike Henderson, a construction firm superintendent, was trying to return to his family in Detroit after his wife paid $2,000 dollars for a seat on a Delta flight. But airline staff were unable to tell him if he was on the passenger list, he said. “I’m drained,” Henderson said with a sigh.

Airlines on Sunday were restricted to one or two flights a day, and Transportation Security Administration workers manually inspected bags and patted down passengers.

Outside the airport, rows of diesel generators roared in the heat. They have been lifesavers but have had their side effects too.

Miguel Gonzalez, 42, said he was at the airport to get his asthmatic mother a flight to Florida. He was hospitalized for two weeks due to fumes from neighbors’ generators that were fired up after Hurricane Irma hit the island early in September.

Jessica Negron, a resident of Orlando, Florida, said she had been in the airport since Friday waiting for a Frontier flight.

“They keep changing the story,” she said.

Nearby, eating canned peaches with a plastic knife, were Allyson and Marcus Singletary from Georgia. They said the storm and airport chaos had ruined their anniversary trip.