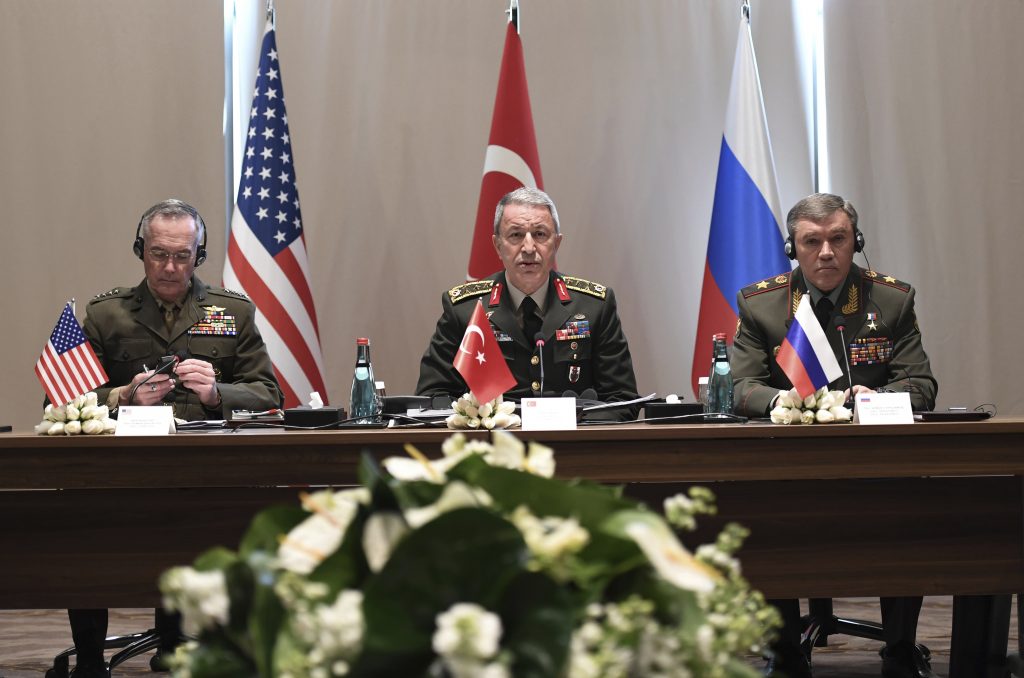 U.S.-backed militias said they came under attack on Saturday from Russian jets and Syrian government forces in Deir al-Zor province, a flashpoint in an increasingly complex battlefield.

The Syrian Democratic Forces (SDF), an alliance of Kurdish and Arab militias fighting with the U.S.-led coalition, said six of its fighters were wounded in the strike.

Russia’s Defense Ministry on Sunday rejected the allegations, saying its planes only targeted Islamic State terrorists and that it had warned the United States well in advance of its operational plans.

Kommersant, citing unnamed military sources, reported that Gerasimov and Dunford, chairman of the U.S. military’s Joint Chiefs of Staff, had spent an hour on Saturday discussing the allegations by phone.

It said Moscow routinely gave the United States at least two hours warning of any strikes in Syria and then shared information afterwards about which targets had been struck.