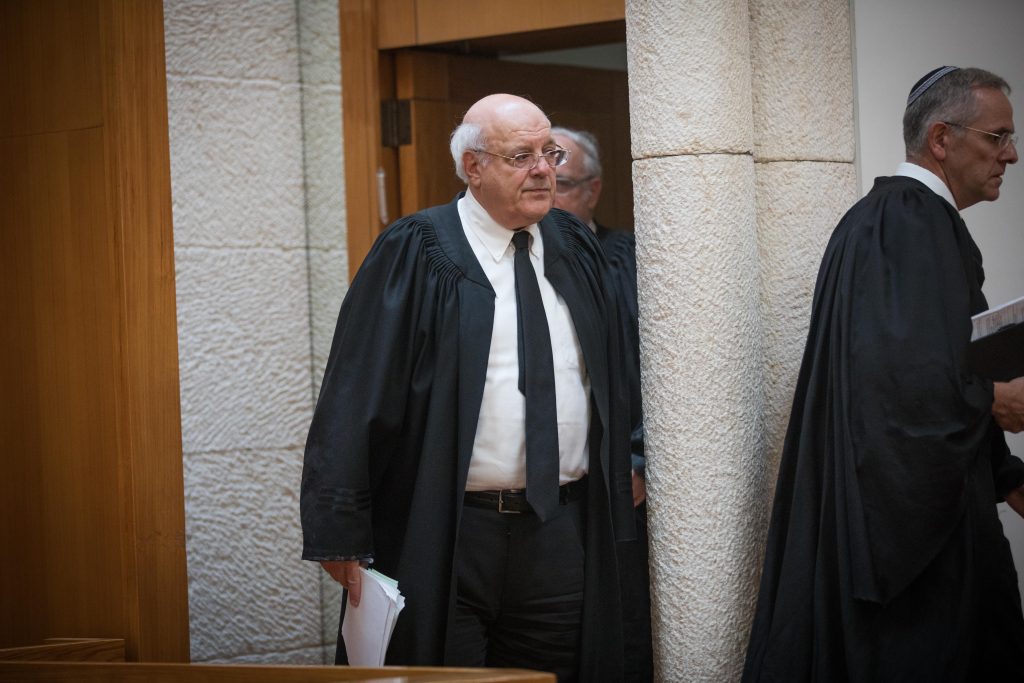 The same day the Israeli High Court ruled against draft exemptions for yeshivah students, it rejected a petition for regulatory changes in the country’s nuclear program, saying that it was a legislative, not a judicial, matter, according to The Jerusalem Post on Wednesday.

The Israeli Disarmament Movement and 100 others citizens joining the petition asked the Court to direct the Knesset to pass legislation that would improve safety regulations at nuclear reactors.

The state had argued in a hearing that sufficient oversight of Israel’s nuclear program already exists through the state comptroller’s office and there is no need to change things.

In addition, it noted that while the High Court has the power to strike down laws on the grounds of unconstitutionality, as it did in the military draft law, it cannot dictate legislation for the Knesset to pass.

“Nuclear ambiguity [about whether Israel has or does not have nuclear weapons] made it impossible for us to get real oversight over two of the most dangerous facilities in Israel, an ambiguity that killed the responsible discourse around these facilities,” she said.

“In the end, I am sure that there will be regulation and oversight over the Israel Atomic Energy Commission,” Dolev said. “The question is, if as with most cases, it will have to happen after a catastrophe. I hope not, because oversight can reduce the chances of a… catastrophe.”

The petitioners seek at least a partial lifting of the veil of secrecy which has enshrouded Israel’s nuclear activities. The Israeli nuclear agency’s functions are governed by a secret administrative order issued by prime minister David Ben-Gurion in 1952, and by a subsequent series of government decisions, also kept secret.

The petitioners’ lawyer, Eitay Mack, cited the Shin Bet as a precedent for Knesset regulation of a secret agency. The Shin Bet, whose operations are clandestine and tied to national security, has been regulated by a Knesset law at least since the passage of the General Security Services Law in 2002.

However, the Court found fault with the comparison, saying that the Shin Bet carries out interrogations that entail invasions of privacy and pose a risk to human rights, issues which do not pertain to nuclear safety. The judges advised them to lobby the Knesset for new legislation.