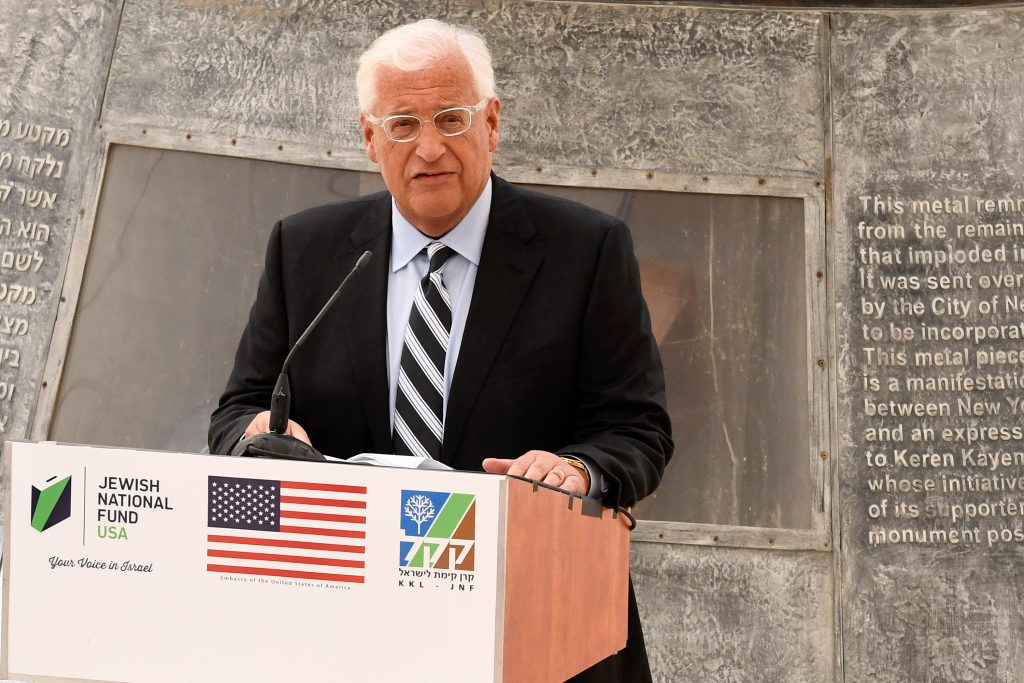 “Israel and the United States will always stand together and fight for the total defeat of radical Islamic terrorism,” Friedman said.

“In the 16 years following the disaster in the U.S., Israel and its allies have strengthened and flourished, while terrorist organizations such as Islamic State, Al-Qaeda and Hamas continue to weaken,” said Friedman.

Participating in the ceremony were 15 delegations from the U.S. including 50 police officers and 40 firefighters. Familes that lost loved ones in the 9/11 attacks, ambassadors and other diplomats were also in attendance.

Israel “mourned for America” in the wake of the attacks, Friedman said, and noted that it was the only country outside the U.S. to erect a memorial with all of the victims’ names inscribed on it.

Knesset opposition leader Isaac Herzog (Zionist Camp) also spoke, saying that “9/11 was not only an attack on the U.S., but on democracy and freedom. Israel and the U.S. are bound forever by these basic values.”

Israeli Prime Minister Binyamin Netanyahu was out of the country Monday, having already departed on Sunday night for Argentina.

However, he wrote in an online posting: “We share the pain, we know the pain, we’ve felt it.”

“We share the commitment to fight this evil and wipe terrorism from the face of the earth,” Mr. Netanyahu said.