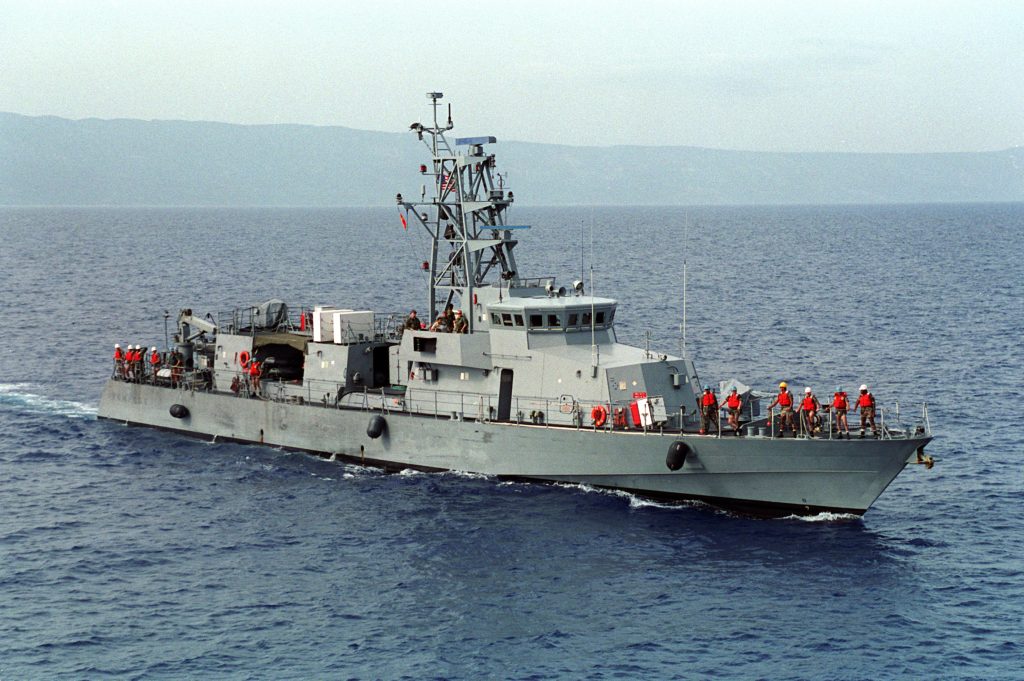 An Iranian military vessel confronted an American warship in the Gulf and warned it to stay away from a damaged Iranian fishing boat, Tasnim news agency reported on Sunday, but the U.S. Navy denied any direct contact with Iranian forces.

The American vessel turned away after the warning from the Iranian ship, which belonged to the naval branch of the Iranian army, according to Tasnim. The Iranian military vessel then towed the fishing boat, which had sent out a distress signal after taking on water, back to shore.

The agency did not specify when the incident, close to the strategic Strait of Hormuz, took place.

In statement, U.S. Naval Forces Central Command (NAVCENT) said the coastal patrol USS Tempest, operating in the Gulf of Oman on Sept. 6, heard the distress call of an unidentified small boat about 75 nautical miles from the Tempest’s position.

At the same time the motor vessel Nordic Voyager, much closer to the boat in distress, offered help and had made visual contact with it. The Tempest offered to support the Nordic Voyager which declined the offer, NAVCENT said.

Following the radio traffic from a distance, USS Tempest heard the Nordic Voyager coordinate additional Iranian Navy help for the vessel in distress to tow it back to Iran.

“At no time was there any direct contact between the U.S. and Iranian maritime forces,” NAVCENT spokesman Chloe Morgan said.

Tensions have been on the rise between the Iranian and U.S. military in the Gulf in recent months.

In August, an unarmed Iranian drone came within 100 feet of a U.S. Navy warplane as it prepared to land on an aircraft carrier in the Gulf, a U.S. official said at the time.

And in July, a U.S. Navy ship fired warning shots when an Iranian vessel in the Gulf came within 150 yards in the first such incident since President Donald Trump took office in January, U.S. officials said.

Years of mutual animosity had eased when Washington lifted sanctions on Tehran last year as part of a deal to curb Iran’s nuclear ambitions. But serious differences remain over Iran’s ballistic missile program and conflicts in Syria and Iraq.

The Trump administration, which has taken a hard line on Iran, recently declared that Iran was complying with its nuclear agreement with world powers, but warned that Tehran was not following the spirit of the accord and that Washington would look for ways to strengthen it.

During the presidential campaign last September, Trump vowed that any Iranian vessels that harass the U.S. Navy in the Gulf would be “shot out of the water.”