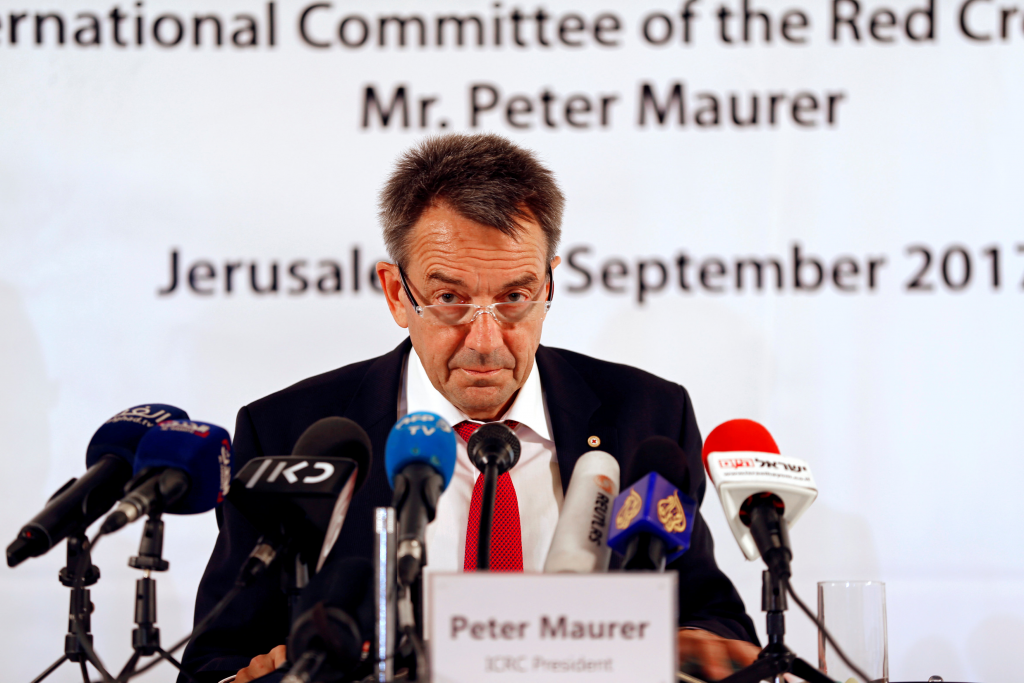 The head of the International Red Cross let loose a scathing attack on the Israeli presence in Yehudah and Shomron on Thursday, though he said his comments were based on humanitarian concerns, not any political agenda.

“The settlement enterprise goes against the provisions and the spirit of international humanitarian law, the law of occupation, as we call it,” Maurer said at a press conference in east Yerushalayim, and called them “a key factor” in the daily hardships of Palestinians, according to The Times of Israel.

“We witness it daily in the West Bank and in East Jerusalem: it has enormous impact on people, on their freedom of movement, the social and economic fabric in the territories. It offers limited access to agricultural and other productive lands, has curtailed educational and employment opportunity; it makes water resource and water supply systems difficult for Palestinian communities. And the list could go on and on,” he said.

An Israeli Foreign Ministry spokesperson would not comment on Maurer’s accusations.

He stressed that the Red Cross is a “neutral and impartial organization” that has never based its criticism of Israeli policy in Yehudah and Shomron on the argument that it creates a barrier to the two-state solution. Yet, at the same time, Maurer said:

“We believe that settlement expansion policies pursued in recent decades by successive Israeli governments have facilitated the process of de-facto annexation. It has complicated the dialogue between the different communities.”

Maurer’s comments came a day after Israeli Prime Minister Binyamin Netanyahu thanked him for asking Hamas officials during his visit to Gaza City to allow him a visit with Israeli citizens being held captive and incommunicado by the terrorist organization.

On Thursday, the Red Cross head noted that Hamas’s refusal to provide information about and access to Israelis held in Gaza violates international law, though he added that he was not in a position to negotiate a deal between Hamas and Israel for their release.

However, in his meeting with Netanyahu, he said that the mission to return the Israeli citizens and IDF soldiers’ bodies held by Hamas was one of the “longest running operations” of the Red Cross and that they are mandated by international law to work toward their return, the Times reported.