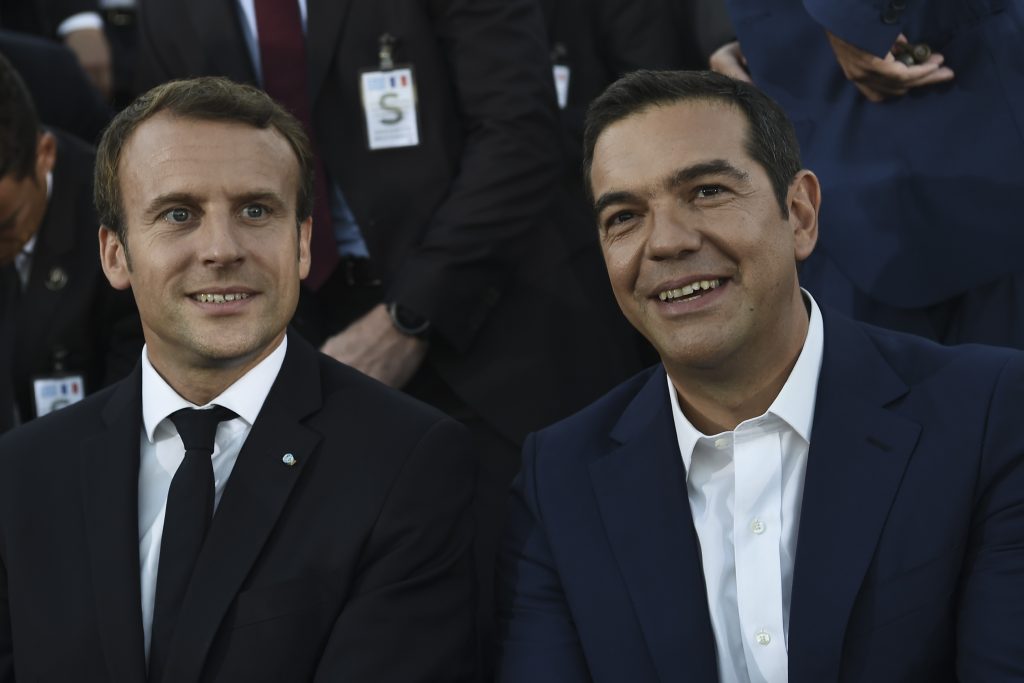 French President Emmanuel Macron said Thursday that the International Monetary Fund should step back from its role in European bailouts — breaking with a widely accepted policy adopted when Greece sought international help seven years ago.

On a two-day visit to Athens, Macron said the eurozone rescue fund, the European Stability Mechanism, should play the lead role in financial rescue within the currency zone.

France, Europe’s No. 2 economy, had previously backed Germany’s insistence in involving the IMF to enforce austerity measures that came with bailout programs in Greece and other rescued economies including Ireland, Portugal and Cyprus.

But on Thursday, Macron told reporters: “I don’t think it was the right method for the IMF to supervise European programs and intervene in the way it did … Let’s work within Europe and not turn to outside agencies.”

Macron made the remarks after meeting Greek Prime Minister Alexis Tsipras and before delivering a speech on Europe’s future on a hill facing the ancient Acropolis in Athens.

Greece considers France a vital ally and counterweight to fiscally hawkish Germany in its efforts to ease the stringent terms of its international bailouts.

The country has relied on international rescue loans since 2010, and in return has seen its economy put under strict supervision by its creditors. Successive governments have had to enforce radical fiscal and structural reforms, including pension cuts and repeated tax hikes, in order to qualify for the loans.

“All of France is grief-stricken by the many victims yesterday from the hurricane,” Macron said. He promised to visit the region weather-permitting and put climate change “at the heart” of policymaking.

Security was tight for the French president’s visit, with Greek authorities banning protests through a large part of central Athens and mobilizing more than 2,000 police on the capital’s streets as motorists suffered in congested traffic.