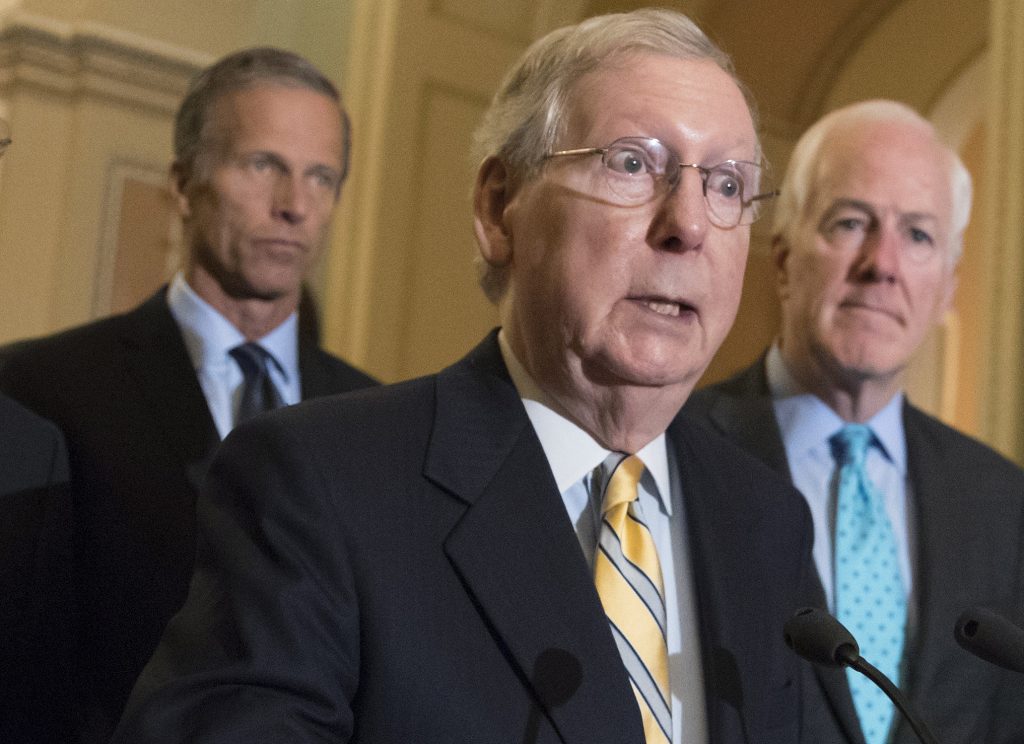 Senate Republicans have almost doubled the size of the disaster relief package for Harvey to more than $15 billion, a first installment to help communities in Texas rebuild from the storm — and stock reserves for looming damage from Hurricane Irma.

The must-do legislation, paired with a short-term increase in the government’s borrowing authority and a temporary government funding bill, is on track to pass the Senate as early as Thursday. The federal government’s disaster aid reserves are rapidly dwindling as Irma takes aim at Florida.

“It will provide certainty and stability for first responders, state officials, and the many others involved in preparing for and recovering from these storms, with critically needed emergency resources that will not be interrupted by the prospect of a shutdown or default,” McConnell said Thursday. “The recovery effort for a record-setting storm like Harvey has strained resources to the limit already.”

“This funding will serve as an initial first step toward helping Texans begin the process of rebuilding,” said Sen. John Cornyn, R-Texas.

The $15 billion-plus aid package is also crafted in such a way to free up another $7 billion in Federal Emergency Management Agency disaster relief funds.

The Senate vote comes a day after Trump shocked GOP leaders by siding with top Democrats Sen. Chuck Schumer of New York and Rep. Nancy Pelosi of California, who demanded a debt ceiling increase only through December.

House Speaker Paul Ryan, R-Wis., who opposed the short-term debt limit idea, said on Thursday that the deal that Trump cut with Democrats made sense, with one devastating storm and another looming.

Ryan said that the president didn’t want to have “some partisan fight in the middle of the response.”

Asked in the interview with The New York Times about Trump siding with the Democrats, Ryan said, “Yeah I sort of noticed that.”

The White House said Thursday that Trump spoke to Democratic and Republican leaders McConnell, Ryan, Pelosi and Schumer on Thursday morning, and stressed that the president is committed to working with both parties. Trump also was dining with Ryan Thursday night.

In the meeting with Republican and Democratic leaders on Wednesday, Trump also suggested doing away with the debt ceiling entirely, according to congressional aides who spoke on condition of anonymity.