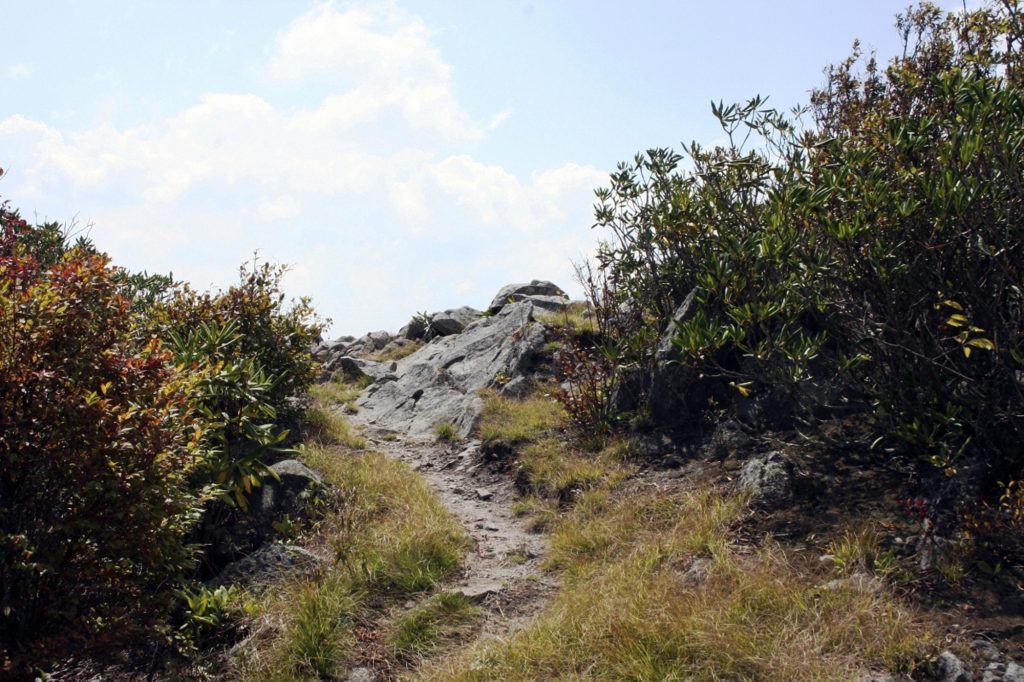 Joe McConaughy is the kind of person to whom things come easily. In 2014, after setting out on the Pacific Crest Trail for the first time, he broke the supported speed record. Supported, in hiking terms, means you have a team that meets you along the way with supplies. Eight months ago, when he started getting the urge to speed-hike the Appalachian Trail, “I really wanted to go for it,” McConaughy said.

“I believe in myself a lot, and it definitely really humbled me and made me appreciative of the terrain,” he said.

On Thursday, McConaughy beat the speed record for the Appalachian Trail by 10:41, finishing in 45 days 12 hours 15 minutes. Unlike the prior record holder, Karl Meltzer, he did it self-supported, with no crew following him and no prearranged support.

These types of speed record attempts began in 1948, and are becoming more common. To illustrate how fast this pace is, the average pace for a thru-hike of the entire Appalachian Trail is between five to seven months.

When McConaughy started thinking about doing this, having already completed the PCT, he said, “I was a lot more knowledgeable this time. I know so much more about my body and what it takes, and nutrition and health.”

“I have the ultrarunning background where I was running 100-mile weeks leading up to [it]. . . . I would try to do all my runs with the backpack on, so that my body got used to running with more weight. . . . I also did strength training . . . just to try to put my body through the hurt locker a little bit,” McConaughy said.

When he started out on July 17 at Springer Mountain in Georgia, he carried a backpack that weighed 7 pounds, plus water and food, which brought it up to around 25 pounds.

McConaughy ate 8,000 calories a day, including an entire sleeve of Oreos during lunch.

“If you told me halfway through on the trail how I did, I would be pretty disappointed, and honestly kind of surprised,” McConaughy said. His intention in setting out had been to set a 43-day pace, and beat the supported record by three to 2 ½ days.

“People might think I’m crazy,” he said, “but I figured, I probably wouldn’t do 43 days, and at the very least, it would give me some cushion on some days when I got injured, or something happened.”

Like what happened on Day 28, when McConaughy got a small burn on his right foot that turned into a cut and then into an open sore.

“If I didn’t have gauze, and I managed to bum some antibacterial foot cream off someone who wasn’t using theirs. . . . I wouldn’t have finished, I don’t think,” McConaughy said.

Instead he kept going up through Connecticut, to Massachusetts, and then to Vermont.

“I always make fun of New Jersey, but going through New Jersey was actually one of my favorite states,” McConaughy said. “You see parts of small town America which you would have never seen otherwise.”

By Day 36, he wrote on social media, “Tomorrow I am crossing into [New Hampshire] which is White Mountain territory.”

The Whites are where McConaughey – a Boston-based runner and sales associate at EF College Break, a travel and education company – trained for the trek, in addition to spending two weeks in the Jasper National Park in Canada just before starting out.

“Thank G-d the whole AT isn’t like [the Whites], because I wouldn’t have broken the record,” he said.

By Day 41, he wrote on social media, “Quick update, I got wrecked by the Whites. Blown up knees, quads, hammy, the works.”

“I’ll need to average 45 [miles per day] from here on out to break the record. . . . This section puts my hopes in jeopardy.”

Over the following two and a half days, McConaughy managed one day at 40.7 miles and then a 37-hour push to the finish, covering 110.8 miles in the longest stretch of running he had ever accomplished. He ended up at the top of Mount Katahdin, the Appalachian Trail finish line, at 6:38 p.m. on Aug. 31. It was raining, hailing, and the winds were 70 mph, but he had done it , and set a speed record in the process.

McConaughy’s time has been verified by the Fastest Known Time board member Peter Bakwin, and GPS records shared with The Washington Post spoke to the validity of his attempt.

McConaughy later wrote on social media, “I honestly don’t know what to say. I am in shock and pain, joyful and thankful, humbled and tired, in disbelief and exhilaration.”

McConaughy is not planning any long-distance speed hikes for a while, though he does have his eye on some shorter trail speed records, such as the Long Trail in Vermont, the Wonderland Trail in Washington, and the Colorado Trail.