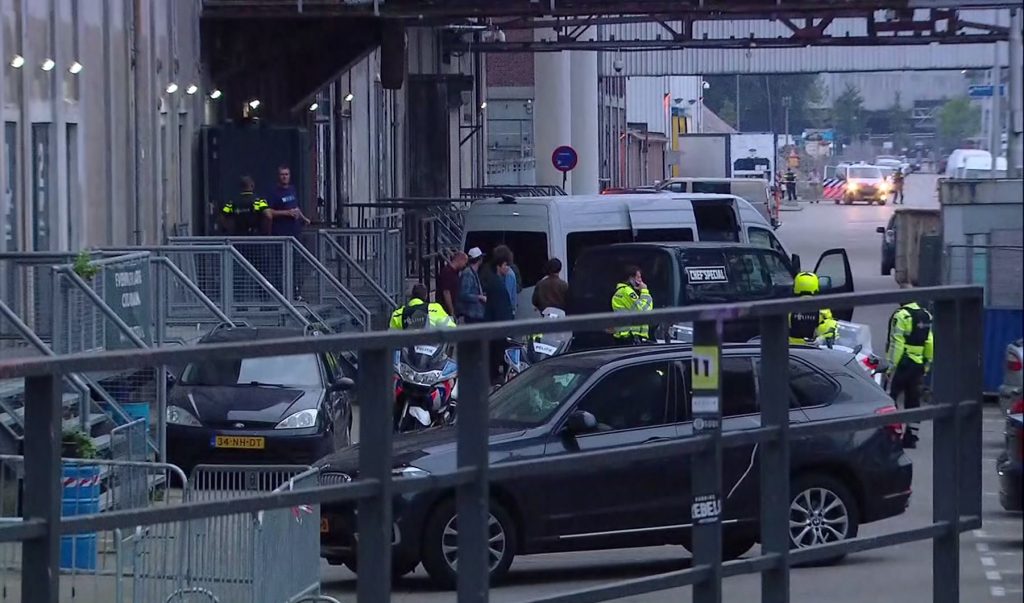 Police in the Dutch port city of Rotterdam detained the driver of a van with Spanish license plates and a number of gas tanks inside after a concert by an American band was cancelled Wednesday night following a threat, the city’s mayor said.

A Spanish counterterrorism official said the van is not connected to the attacks that killed 15 people in Spain last week.

The official said investigators discarded a possible link between the van’s driver and the extremist cell that carried out the attacks in and near Barcelona after questioning the driver and examining the van. Rotterdam police could not be reached for a reaction to the Spanish official’s comments.

Police detained the driver for questioning about two hours after a concert was called off after Dutch police received a terror warning. Rotterdam Mayor Ahmed Aboutaleb said the warning came from Spanish police.

However, Aboutaleb said at a hastily arranged press conference that it was too soon to link the van to the unspecified threat directed at the concert.

“It is not yet good to say that the things are linked,” Aboutaleb said. “It still has to be established that there was a link between the van and the threat. We can’t say that yet.”

Military explosives experts checked the van and a police officer later got behind the wheel and drove the vehicle away, Dutch broadcaster NOS reported.

Police said in a statement that the van contained “a couple of gas bottles.”

The Dutch terror threat level, which is at level four of a five-step scale, remained unchanged, Lodewijk Hekking, a spokesman for the country’s counterterror chief, told the AP in a text message.

The Spanish counterterrorism investigation official said Spain’s Civil Guard received “an alert indicating the possibility of an attack today in a concert that was going to take place in Rotterdam.”

Police in Spain have been investigating the deadly vehicle attacks last week in and near Barcelona. They later found bomb-making equipment that included more than 100 tanks of butane gas, nails and 500 liters of acetone.

Rotterdam police said they took the information about a threat “seriously enough that after discussion with organizers it was decided to cancel the event.”

The concert organizers said earlier on Twitter that the concert venue, a former grain silo called Maassilo, was being evacuated because of the unspecified threat. The show hadn’t yet started when the decision to cancel it was made.

Dutch tv showed officers in body armor outside Maassilo and what appeared to be members of the band leaving the venue in a white van with a police escort. By around midnight, the area was calm and police had lifted the cordon they earlier put up around the venue, the NOS reported.

In an email to The Associated Press, the band’s representative said: “Due to a potential terror threat at The Maassilo in Rotterdam, the show was cancelled tonight.

“Details are not available at this time as the incident is still under investigation. The band is unharmed and are very grateful to the Rotterdam Police and other responsible agencies for detecting the potential threat before anyone was hurt.”