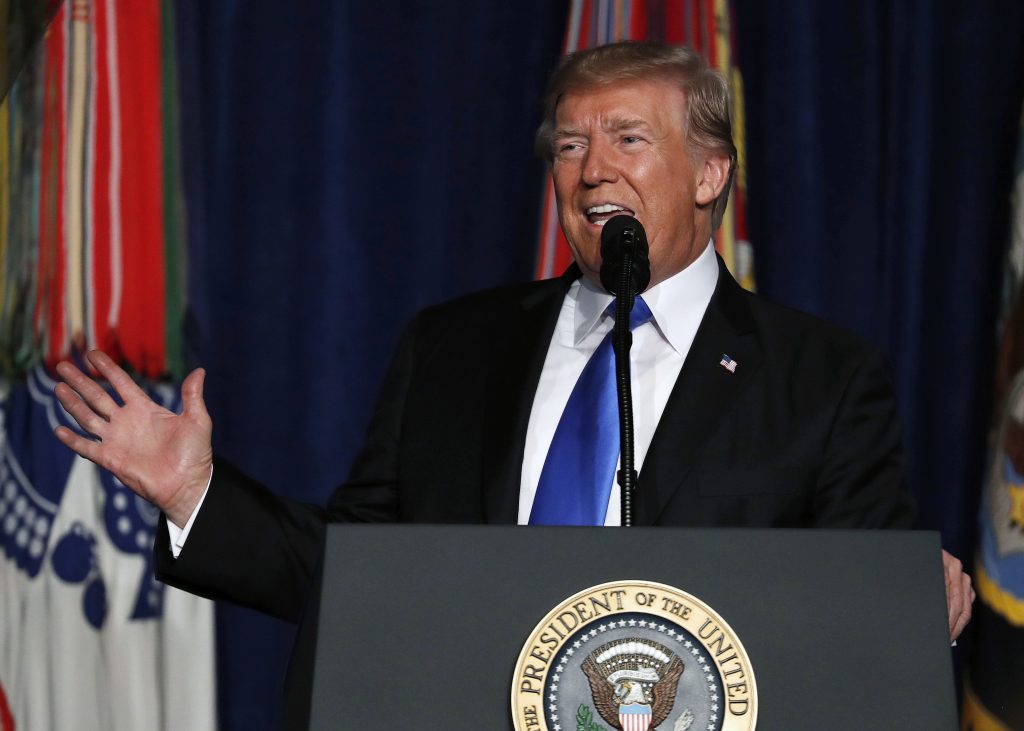 Afghans on Tuesday welcomed President Donald Trump’s harsh words for Pakistan in a speech outlining his strategy for the war-torn country that critics said offered little in the way of details and ruled out nation-building.

President Trump said U.S. troops had a single-point agenda and that was to eliminate extremist fighters.

“We are not nation-building again,” he said Monday night. “We are killing terrorists.”

President Trump accused Pakistan of giving terrorists a safe haven, while next door in Afghanistan they kill U.S. troops. He said he wanted “immediate” results without saying what actions the United States might take against Pakistan if it ignored his warning.

But analysts in Pakistan warned that isolating Islamabad as the only culprit could increase the influence of regional players like Russia, China and even Iran.

Imtiaz Gul, executive director of the Islamabad-based Center for Research and Security Studies, said of President Trump’s accusations: “This has been the same narrative for the last 15 years. He just upped the ante by being more belligerent or hostile.” Gul warned that the president’s words could drive a wedge deeper into a region that needs cooperation if it is to find a peaceful end to Afghanistan’s protracted conflict.

The U.S. and Afghanistan have routinely accused Pakistan — and particularly its powerful intelligence agency the ISI — of harboring insurgents and of waging a selective war, attacking those insurgents it considers its enemy and allowing those it has been known to use as proxies, either against hostile neighbors India or Afghanistan, to flourish.

Prior to President Trump’s speech Monday, Pakistan’s military spokesman Maj. Gen. Asif Ghafoor refused to speculate on what the U.S. president might say, but said it was clear he anticipated criticism, saying: “There is no organized network of terrorists in Pakistan and actions have been taken without any discrimination against all terrorist organizations.”

Meanwhile, many Afghans interviewed by The AP in the capital Kabul expressed fears of a worsening situation in the country, bemoaning runaway corruption, high unemployment and increasingly deadly attacks. Several said Trump made it clear that he wasn’t about solving those problems.

Aziz Rahman, who works at a bank in Kabul, said Trump’s speech will make little difference to Afghans. After 16 years and tens of thousands of U.S. and NATO troops in his homeland, Rahman said the situation has only deteriorated with thousands of people fleeing.

“Trump’s speech is good for Americans, not for the poor people of Afghanistan,” Rahman said.

Waheed Muzhda, a political analyst in Kabul, expressed fear that President Trump’s emphasis on a military victory seemed guaranteed to prolong the war and increase casualties.

“In the future we will witness a worsening of the war, more killing and more problems for the Afghan nation,” said Muzhda. “Mr. Trump only emphasized winning the war militarily, but if a military solution to the war could have been possible, this should have been achieved with presence of 150,000 troops.”