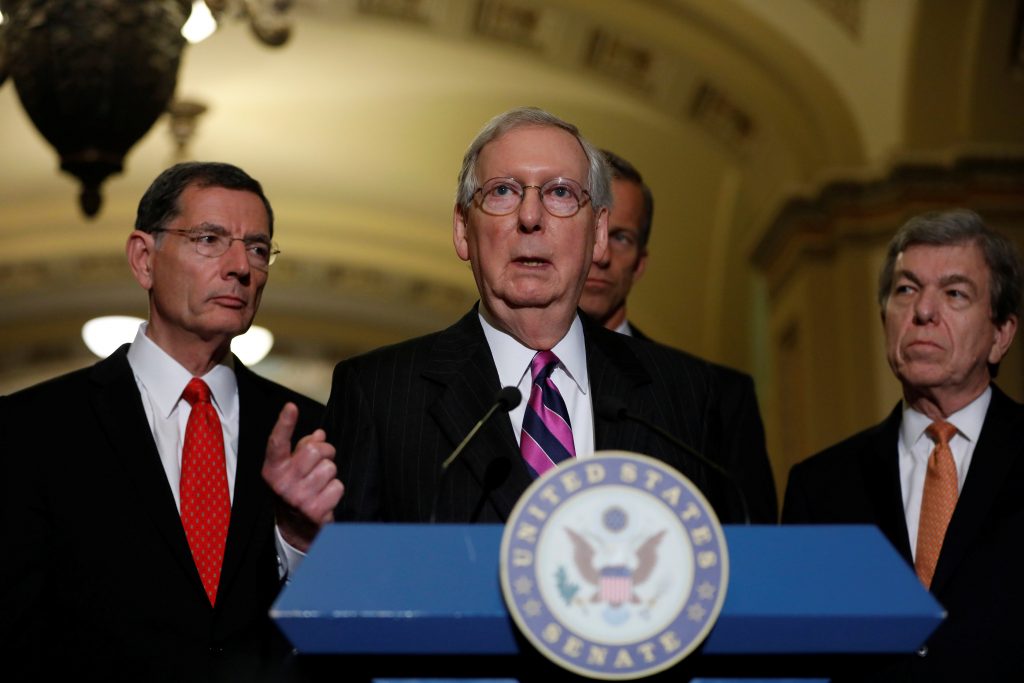 His party in turmoil, the Senate’s top Republican on Wednesday condemned the “messages of hate and bigotry” carried by the KKK and white supremacists. But like other top GOP officials, Majority Leader Mitch McConnell did not criticize President Donald Trump, who said a day earlier that the white supremacists don’t bear all the blame for last weekend’s violence in Charlottesville, Virginia.

“We all have a responsibility to stand against hate and violence, wherever it raises its evil head,” McConnell said in a statement, noting that white supremacists are planning a rally in his home state of Kentucky.

“Their messages of hate and bigotry are not welcome in Kentucky and should not be welcome anywhere in America,” he said.

McConnell’s statement comes as the Republican Party grapples with the latest political crisis created by its leader. This one follows a violent weekend clash between white supremacists and counter-protesters that left one person dead and many more injured.

Trump said Tuesday that there were “some very bad people” among the neo-Nazis and KKK members who organized the Virginia protest. He also sympathized with some of those who were protesting the proposed removal of a statue of Confederate Gen. Robert E. Lee. He said, “You also had people that were very fine people, on both sides.”

The comments sparked a fierce backlash across the political spectrum. Few Republican officeholders defended the president for what some critics described as a defining moment in his young presidency, yet few called him out by name either.

One who did, South Carolina Republican Sen. Lindsey Graham, said Wednesday that the president “took a step backward by again suggesting there is moral equivalency between the white supremacist neo-Nazis and KKK members who attended the Charlottesville rally” and the people demonstrating against them.

“Many Republicans do not agree with and will fight back against the idea that the Party of Lincoln has a welcome mat out for the David Dukes of the world,” Graham added.

The statement was in line with comments the day before from House Speaker Paul Ryan, who said that “white supremacy is repulsive,” but ignored the president’s comments.