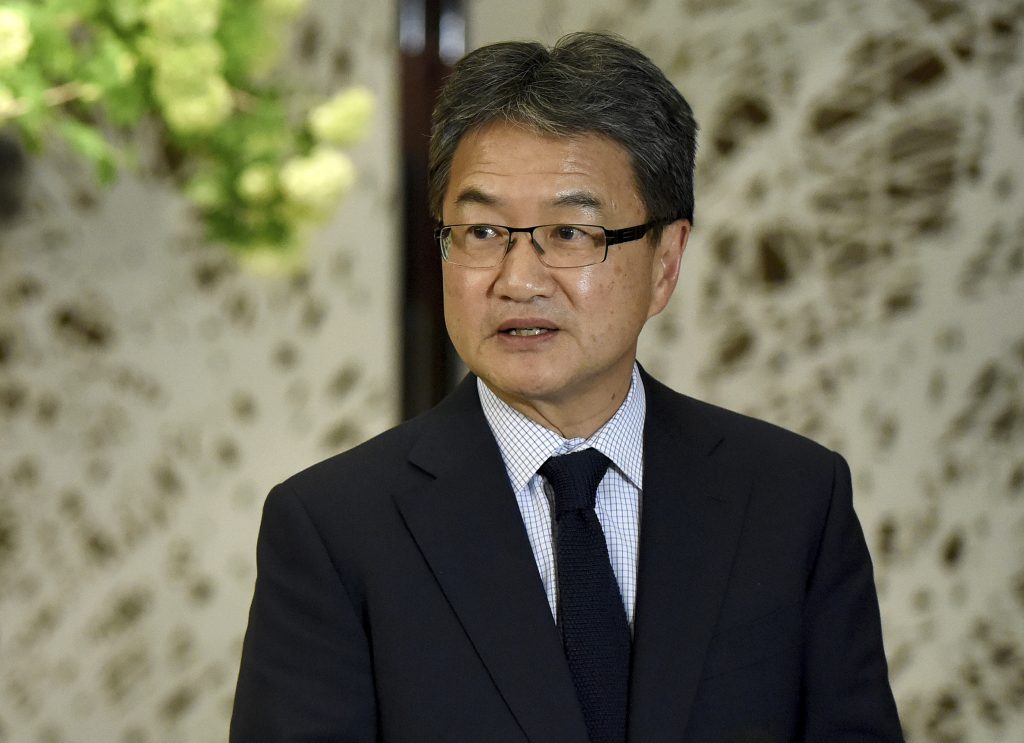 Beyond the bluster, the U.S. has been quietly engaged in back-channel diplomacy with North Korea for several months, addressing Americans imprisoned in the Communist country and deteriorating relations between the long-time foes, The Associated Press has learned.

It had been known that the two sides had discussions to secure the June release of an American university student. But it wasn’t known until now that the contacts have continued, or that they have broached matters other than U.S. detainees.

People familiar with the contacts say the interactions have done nothing thus far to quell tensions over North Korea’s nuclear weapons and missile advances, which are now fueling fears of military confrontation. But they say the behind-the-scenes discussions could still be a foundation for more serious negotiation, including on North Korea’s nuclear weapons, should President Donald Trump and North Korean leader Kim Jong Un put aside the bellicose rhetoric of recent days and endorse a dialogue.

The contacts are occurring regularly between Joseph Yun, the U.S. envoy for North Korean policy, and Pak Song Il, a senior North Korean diplomat at the country’s U.N. mission, according to U.S. officials and others briefed on the process. They weren’t authorized to discuss the confidential exchanges and therefore spoke on condition of anonymity.

Officials call it the “New York channel.” Yun is the only U.S. diplomat in contact with any North Korean counterpart. The communications largely serve as a way to exchange messages, allowing Washington and Pyongyang to relay information.

Drowned out by the furor over Trump’s warning to North Korea of “fire and fury like the world has never seen,” Secretary of State Rex Tillerson has expressed a willingness to entertain negotiations. His condition: Pyongyang stopping tests of missiles that can now potentially reach the U.S. mainland.

Tillerson has even hinted at an ongoing back channel. “We have other means of communication open to them, to certainly hear from them if they have a desire to want to talk,” he said at an Asian security meeting in the Philippines this week.

The interactions could point to a level of pragmatism in the Trump administration’s approach to the North Korean threat, despite the president’s dire warnings.

On Friday, he tweeted: “Military solutions are now fully in place, locked and loaded, should North Korea act unwisely.” But on Thursday, he said, “we’ll always consider negotiations,” even if they haven’t worked in the last quarter-century.

The contacts suggest Pyongyang, too, may be open to a negotiation even as it talks of launching missiles near the U.S. territory of Guam. The North regularly threatens nuclear strikes on the United States and its allies.

The State Department didn’t immediately comment on Yun’s diplomacy. The White House also had no comment. A diplomat at North Korea’s U.N. mission only confirmed the use of a diplomatic channel up to the release of U.S. college student Otto Warmbier two months ago.

Trump, in some ways, has been more flexible in his approach to North Korea than President Barack Obama. While variations of the New York channel have been used on-and-off for years by past administrations, there were no discussions over the last seven months of Obama’s presidency after Pyongyang broke them off in anger over U.S. sanctions imposed on its leader, Kim. Obama made little effort to reopen lines of communication.

The contacts quickly restarted after Trump’s inauguration, other people familiar with the discussions say.

“Contrary to the public vitriol of the moment, the North Koreans were willing to reopen the New York channel following the election of President Trump, and his administration signaled an openness to engage and ‘talk about talks,’ ” said Keith Luse, executive director of the National Committee on North Korea, a U.S.-based group that promotes U.S.-North Korean engagement.

“However, the massive trust deficit in Pyongyang and in Washington toward each other has impeded the confidence-building process necessary to have constructive dialogue,” he said.

The early U.S. focus was on securing the release of several Americans held in North Korea.

They included Warmbier, who was imprisoned for stealing a propaganda poster and only allowed to return to the U.S. in June — in an unconscious state. He died days later. Yun traveled on the widely publicized mission to Pyongyang to bring Warmbier home.

Despite outrage in the U.S. with Warmbier’s treatment and sharp condemnation by Trump, the U.S.-North Korean interactions in New York continued.

Yun and his counterpart have discussed the other Americans still being held. They include Kim Hak Song, a university employee detained in May under accusation of unspecified “hostile” acts; Tony Kim, a teacher at the same school, accused of trying to overthrow the government; and Kim Dong Chul, sentenced last year to a decade in prison with hard labor for supposed espionage.

But the American and North Korean diplomats also have discussed the overall U.S.-North Korean relationship. The two countries have no diplomatic ties and are still enemies, having only reached an armistice — not a peace treaty — to end the 1950-1953 Korean War. Twenty-eight thousand U.S. troops are still stationed in South Korea.

In its own convoluted way, North Korea has indicated openness to talks in recent weeks, even as it has accelerated the tempo of weapons tests.

On July 4, after the North test-launched an intercontinental ballistic missile that could potentially strike the continental U.S., Kim added a new caveat to his refusal to negotiate over its nukes or missiles. Instead of a blanket rejection, he ruled out such concessions “unless the U.S. hostile policy and nuclear threat to the DPRK are definitely terminated.”

That message has been repeated by other North Korean officials, without greater specification. Nor have they offered an indication as to whether Pyongyang would accept denuclearization as the goal of talks.

Still, advocates for diplomacy, including some voices in the U.S. government, view the addendum as a potential opening.

“North Korea is assessing its options,” said Suzanne DiMaggio, a senior fellow at the New America think tank who participated in unofficial talks with North Korean officials in Oslo in May that were also attended by Yun. “They recognize that at some point they have to return to the table to address what’s becoming a crisis. That’s what they are weighing right now: the timing of engagement.”

Any negotiation would face huge skepticism in Washington given North Korea’s long record of broken promises. The last serious U.S.-North Korea negotiations collapsed in 2012 when Pyongyang launched a long-range rocket that derailed an agreement of a North Korean nuclear freeze in exchange for U.S. food aid.

North Korea’s weapons program has developed significantly since then. As a result, its price in any such negotiation is now likely to be far higher. At a minimum, Pyongyang would renew its long-standing demands for an end to joint U.S.-South Korean military exercises — which are set to resume this month — and an eventual peace treaty with Washington.

To date, the Trump administration has heavily concentrated its diplomatic energy on cranking up international pressure on North Korea’s government, in particular pressing China to lean on its wayward ally. Last weekend, the U.N. adopted its strongest economic sanctions on Pyongyang.

Trump has been widely accused of injecting a new element of unpredictability and even chaos into U.S. policy toward North Korea, especially with his tweets and proclamations this week. It’s unclear what effect they may have on the back channel contacts being maintained by Yun.

Edith M. Lederer at the United Nations contributed to this report.