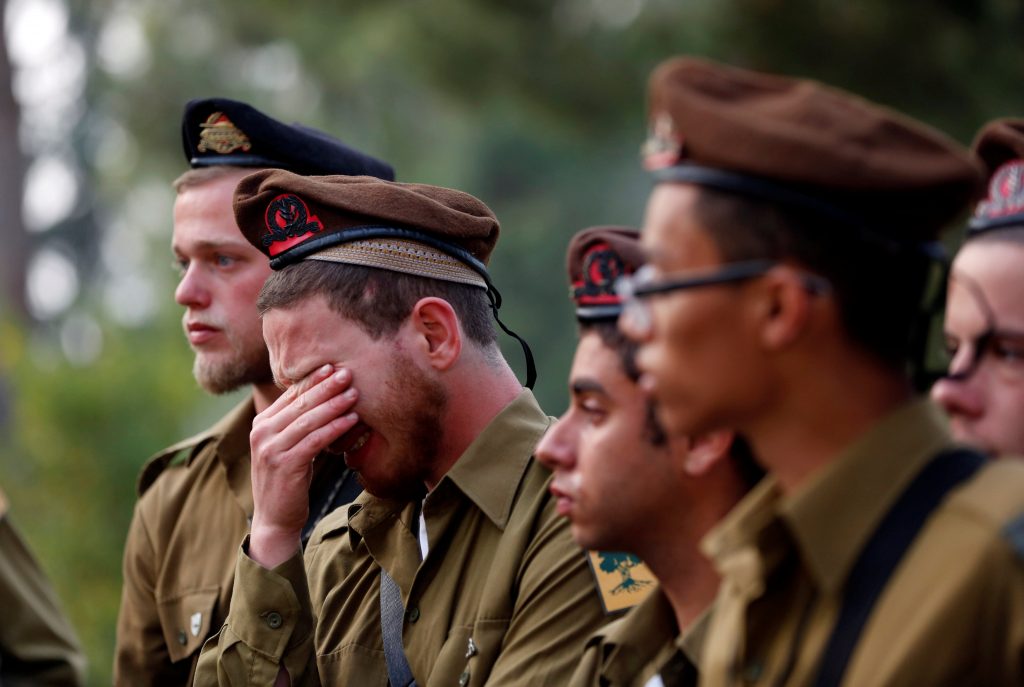 IDF forces overnight Wednesday demolished the homes of the two terrorists who murdered Israelis Hadas Malka, Hy”d, and Elchai Taharlev, Hy”d. The homes were located in the Arab village of Dir Abu Mashaal in Shomron, and the village of Silwad near Yerushalayim. Malka was killed in mid-June in a terror attack outside Sha’ar Shechem in Yerushalayim. Taharlev was killed in a car-ramming attack near Ofra in April.

On Wednesday, police caught two Arabs who started a brush fire near Petach Tikvah. The Arabs started the fire near Road 40, a main highway that passes through the city. As firefighters were dousing the blaze, police were able to get images of the arsonists from cameras that were in the area where the fire was started. Police arrested two suspects, an 18-year-old Arab resident of Kfar Kassem and a relative of his, a 15-year-old Arab from the Negev. Police plan to ask for an extension of their remand.

Later Wednesday, security forces arrested an Arab terrorist who was carrying a knife near Me’aras Hamachpelah. The Arab approached soldiers at a checkpoint with knife in hand, and refused to halt when ordered to. Soldiers then drew their weapons, and the terrorist, a 25-year-old from Chevron, threw the knife on the ground and raised his hands. He was arrested and questioned.