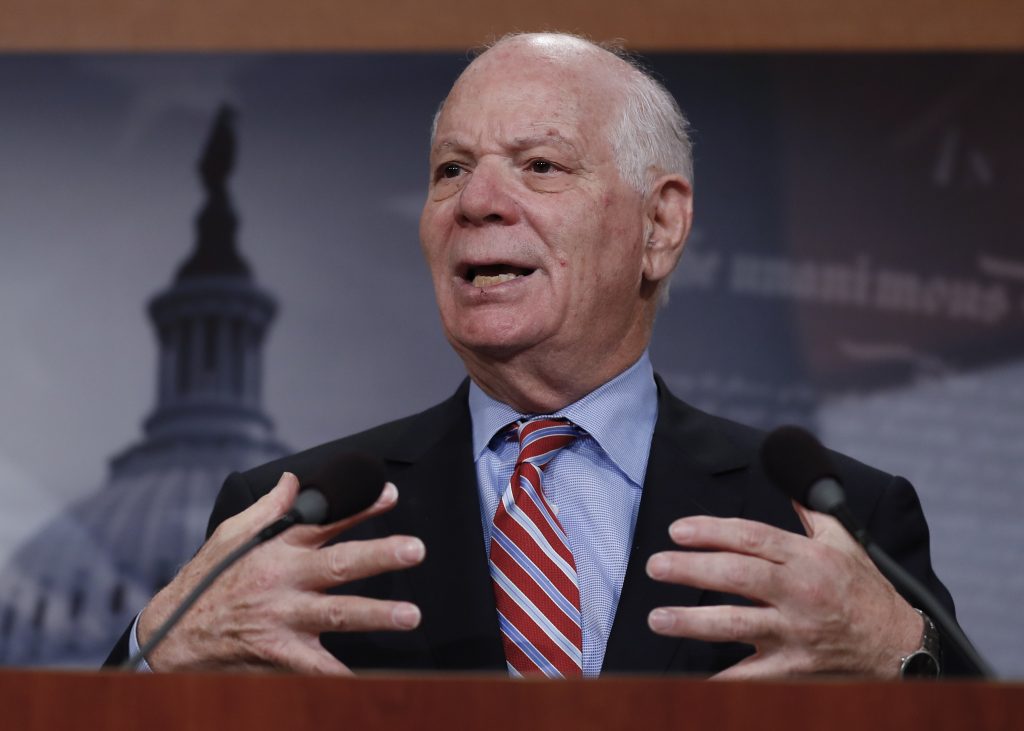 The Anti-Defamation League has lined up against the American Civil Liberties Union in what may become a major legal battle over the constitutionality of the Israel Anti-Boycott Act currently before Congress.

The legislation “is not intended to limit the First Amendment rights of U.S. individuals and companies who want to criticize Israel or penalize those who want to refuse to do business with Israel based on their own personal convictions,” Haaretz quoted the ADL as saying on Thursday.

The ADL’s argument follows closely that of a letter published by the bill’s cosponsors, Senator Ben Cardin, a Democrat from Maryland, and Rob Portman, in reply to the ACLU objections.

The ACLU has come out against the bill on the grounds that it would restrict the consititionally-guaranteed right of free speech, which it maintains protects supporters of the anti-Israel boycott in expressing their views.

In particular, the ACLU is alarmed by the bill’s provisions of a minimum civil penalty of $250,000 and a maximum one of $1 million, or a lengthy period in jail, for offenders.

The ACLU’s opposition has reportedly prompted some Democrats to say they are reconsidering support for the bill, which has bipartisan sponsorship.

Democrat Kirsten Gillibrand of New York withdrew her cosponsorship earlier this week, explaining that while she opposes the BDS campaign against Israel, she realizes now that the text is problematic and should be revised.

“I signed onto it because I have always supported Israel and opposed BDS. But when constitutional lawyers expressed alarm that the bill could have a chilling effect on the First Amendment, I took their concerns seriously. That is not how I interpreted the bill language, and I still don’t interpret it that way, but it’s clear to me that if reasonable people can come to diametrically different conclusions about what the bill does, then the bill as written is too ambiguous and needs to be written more clearly,” she said in an opinion piece in The Forward on Wednesday.

The bulk of her piece was devoted to defending herself against charges of turning against Israel by taking her name off the bill, after she had been criticized for being against free speech by being a cosponsor.

U.S. Senator Elizabeth Warren of Massachusetts came out against it on Monday.