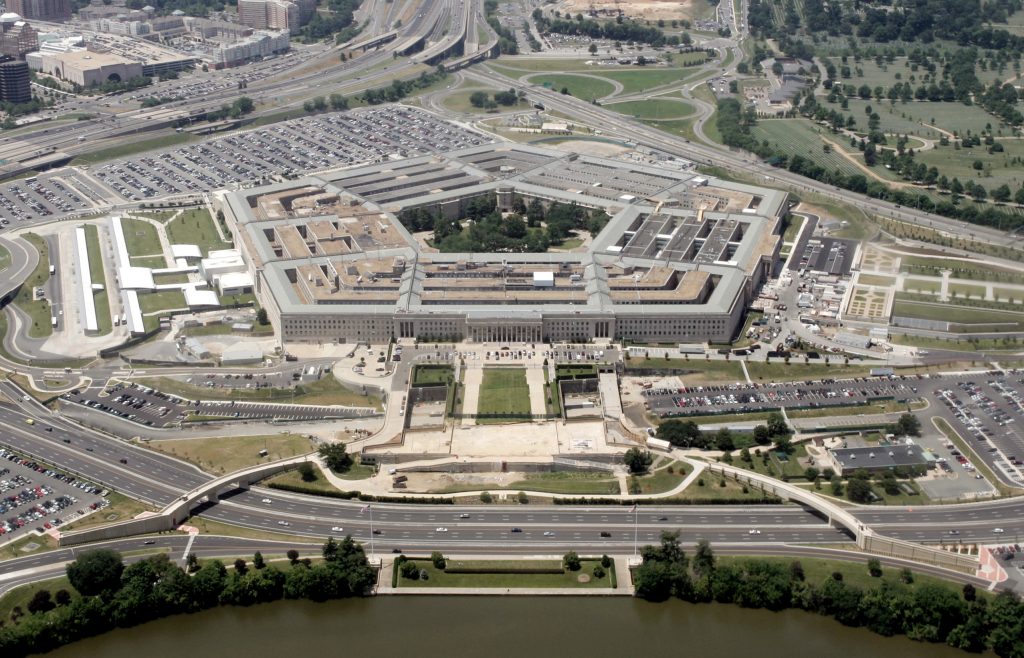 A Russian surveillance plane soared through secure airspace over Washington on Wednesday, presumably collecting intelligence as it traveled near the Pentagon, the Capitol and other government buildings, two U.S. officials said.

The Russian Air Force Tupolev Tu-154 aircraft made the flight through the Treaty on Open Skies, which Russia, the United States and 32 other nations have signed. The treaty established criteria under which countries can make unarmed observation flights over the soil of other treaty members in an effort to promote transparency and international arms control efforts, according to the State Department.

The Capitol Police issued an alert Wednesday that warned that an “authorized low-altitude aircraft” would enter restricted airspace between 11 a.m. and 3 p.m. The alert did not state who owned the plane, but said it “will be large and may fly directly over the U.S. Capitol.”

“This flight will be monitored by U.S. Capitol Police and other federal government agencies,” the alert concluded.

A Defense Department official, speaking on condition of anonymity to discuss ongoing operations, confirmed that the flight alluded to was Russian and operating in the area through the treaty.

The flight, first reported by CNN, was expected to be followed by another one Wednesday evening that flies over President Donald Trump’s property in Bedminster, New Jersey, where he is vacationing. According to the treaty guidelines, U.S. airmen are aboard the Russian jet observing when an Open Skies flight occurs.

But Marine Lt. Gen. Vincent Stewart, director of the Defense Intelligence Agency, has argued that Russia may be taking advantage of the treaty. He told the House Armed Services Committee subcommittee on emerging threats and capabilities last year that he would “love” to deny future Russian flights over the United States through Open Skies.

“The things that you can see, the amount of data you can collect, the things you can do with post-processing, allows Russia, in my opinion, to get incredible foundational intelligence on critical infrastructure, bases, ports, all of our facilities,” Stewart said in March 2016. “So from my perspective, it gives them a significant advantage.”

“We have to remember that while we have pretty good intelligence on a lot of the world, a lot of other countries don’t necessarily have that great of intelligence on us,” Davis said. “So, in the interest of transparency and miscalculation on their part, sometimes it’s worthwhile to allow them to have a look at what you’re doing or what you’re not doing.”