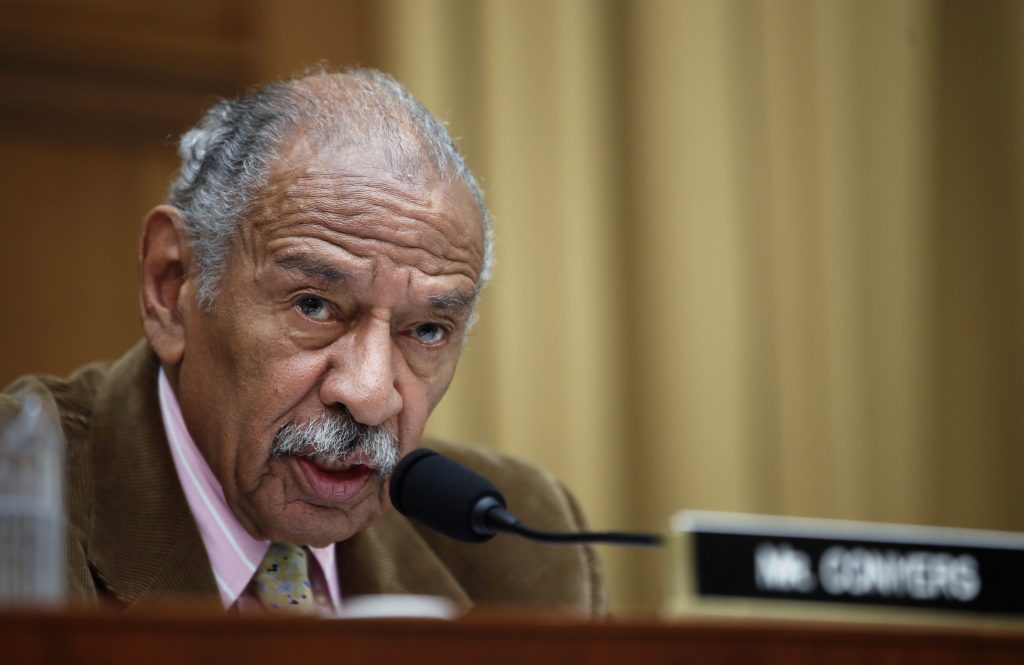 An independent ethics monitor said in a report released Wednesday that there is strong reason to believe Rep. John Conyers (D-Mich.) violated House rules by authorizing pay for a senior staff member when she was apparently not performing official work.

Cynthia Martin, Conyers’ former chief of staff, received compensation between April and August 2016, despite statements from other staff members that she no longer worked in the office at the time, according to the Office of Congressional Ethics (OCE).

Conyers denied wrongdoing, claiming through a lawyer that the compensation provided to Martin constituted severance and accrued annual leave.

“Today’s release does not itself indicate that any violation has occurred,” Conyers spokeswoman Shadawn Reddick-Smith said in a statement. She added the office has “worked diligently at all times to comply with the rules.”

The report is the latest headache related to Martin’s employment for Conyers, the leading Democrat on the House Judiciary Committee and the longest-serving member of Congress.

In March 2016, Martin pleaded guilty to a charge of receiving stolen property after $16,500 was mistakenly transferred to her bank account and she initially refused to return the funds. Conyers officially terminated her employment in October 2016.

The OCE report was released by the House Ethics Committee, which said it is reviewing the allegations. The panel did not open an investigative subcommittee to look into the matter, and it is unclear if or when it might release its own report.

“The Committee notes that the mere fact of conducting further review of a referral, and any mandatory disclosure of such further review, does not itself indicate that any violation has occurred, or reflect any judgment on behalf of the Committee,” the ethics panel said Wednesday in an unattributed statement.

The questions surrounding Conyers’s decision to continue compensating Martin underscore the lack of clarity about the issue of severance for departing congressional staff members. The House Ethics Manual appears not to allow severance, stating that aides can be paid “only for duties performed within the preceding month” and only if the aide “has regularly performed official duties commensurate with the compensation received.”

But multiple members have sought to justify their awarding of severance-like payments to staffers, arguing that federal law and regulations from the Committee on House Administration are on their side.

Conyers’s situation echoes that of Rep. Mark Meadows (R-N.C.), who came under similar scrutiny from the OCE last year after awarding a three-month severance package to his former chief of staff. Meadows denied wrongdoing, and his case is still pending before the Ethics Committee.

Separately, the OCE concluded Wednesday that Michael Collins, a top aide to Rep. John Lewis (D-Ga.), might have violated House rules and federal law when he received compensation from Lewis’s campaign for work that seemed to involve fiduciary duties.

Collins, who has denied wrongdoing, said through a lawyer that he served as voluntary treasury and political consultant for Lewis’s campaign but was only compensated for his consulting work. The Ethics Committee said it is reviewing the matter.

Lewis communications director Brenda Jones said the existence of a review does not mean rules were necessarily broken.

“Our substantive response, which is included with the materials released by the Committee, refutes the OCE’s findings and legal conclusions and establishes that no violation occurred,” Jones said in a statement.