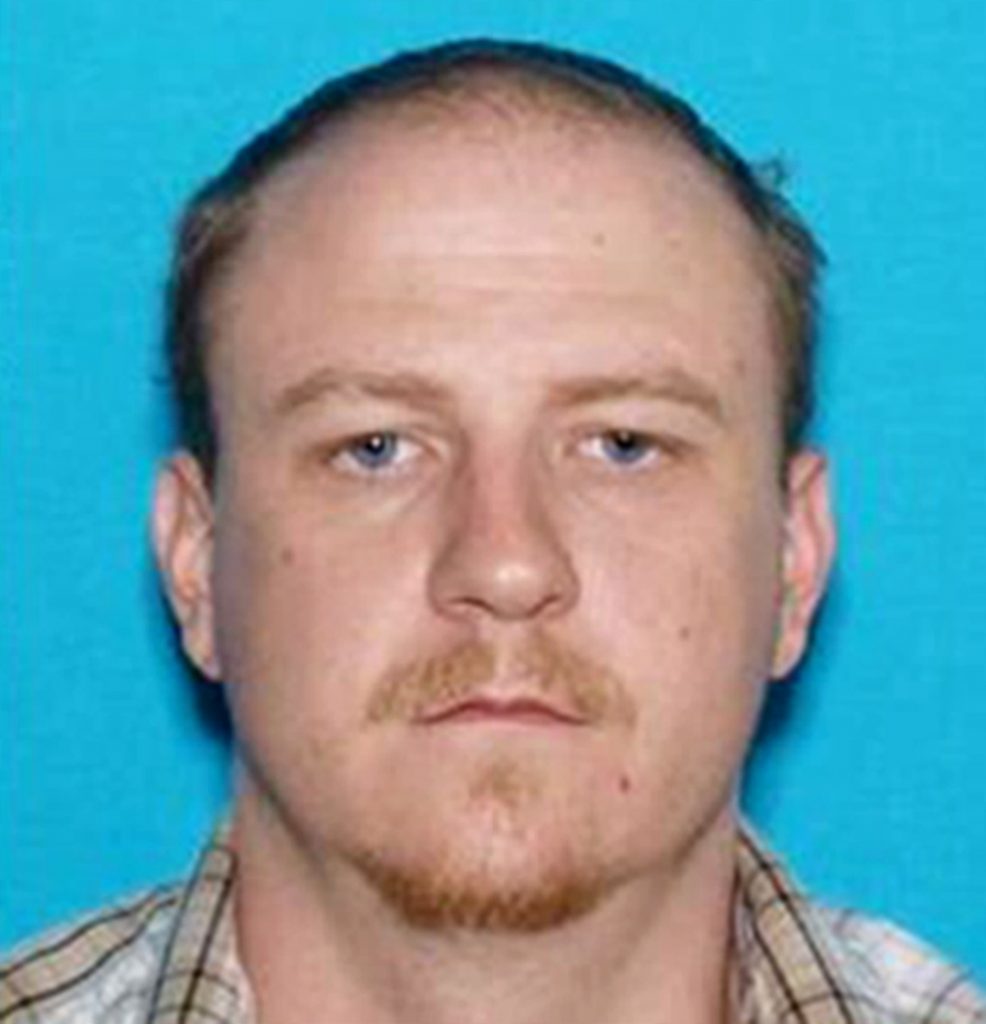 Authorities were searching Monday for a 39-year-old man charged with first-degree murder in the shooting death of a western Missouri police officer during a traffic stop.

Authorities accuse Ian McCarthy in the killing of Clinton police officer Gary Michael late Sunday. McCarthy, of Clinton, is also wanted in New Hampshire, where a warrant was issued in 2013 when he failed to show up for sentencing on a disorderly conduct charge, according to court records in that state.

Missouri online court records show that McCarthy was charged Monday in Henry County, even as the manhunt for him continues.

Michael, 37, had been on the force less than a year, Missouri Highway Patrol Sgt. Bill Lowe said. The traffic stop, near Clinton, about 75 miles (120 kilometers) southeast of Kansas City, involved a registration violation, Lowe said.

The vehicle stopped was registered to McCarthy, Lowe said. The driver fired at Michael, who was able to return fire, then the suspect drove away, crashed and fled on foot, Lowe said. It was not clear if the driver was shot or injured in the crash.

Officers searched a house Monday morning where McCarthy was thought to be, but he was not there. Lowe said authorities believe he is still on foot somewhere in the Clinton area.

Court records indicate McCarthy pleaded guilty in November 2013 in Missouri to a misdemeanor, driving without a valid license. In July 2015, he was charged with unlawful possession of a firearm. Court records don’t indicate the outcome of that case.

In addition to the disorderly conduct conviction, McCarthy had an extensive criminal background in New Hampshire. Court records indicate he faced 20 counts from 1997 to 2011, including misdemeanor traffic violations and criminal charges, including possession of a dangerous weapon and first-degree assault. Details of the crimes were not immediately available. He served about three years in prison from November 2002 until being paroled in December 2005. He violated parole and was returned to prison in 2007 and paroled again in March 2008.

Michael was a lifelong resident of Clinton and leaves behind a wife and stepsons.