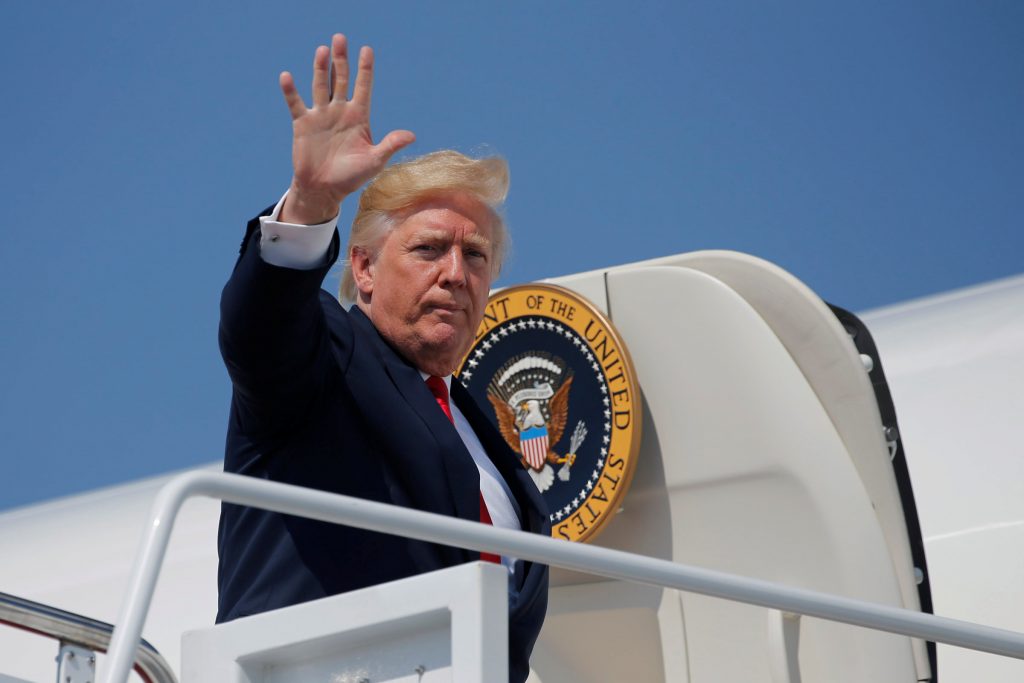 Golfers and neighbors of Donald Trump’s New Jersey course will have something more than just the president to look out for over the next few weeks.

A tethered unmanned surveillance aircraft will be flying over the Bedminster area as part of a test while Trump is staying at his home on the golf course on a 17-day vacation that starts Friday, the Secret Service said in a privacy notice issued this week.

The Department of Homeland Security says it is conducting a privacy impact assessment to evaluate privacy risks from the drone’s surveillance and image-capturing capabilities. The department warns of the risk that someone’s privacy could be unintentionally violated but says that the system can’t collect information about what occurs inside buildings.

A similar surveillance system was used to provide security for this year’s Boston Marathon and by the military.

Flight restrictions for Trump’s visits have led to complaints for those who own and operate a group of small airports around the club. Two airports within 10 miles of the club aren’t allowed to have planes take off or land while Trump is in town, and those within 30 miles face restrictions.

That also means flight schools and skydiving operations using those airports are forced to close down.

“The most devastating part of it is that it essentially makes attracting new business impossible, because we can’t offer universal access to the airport,” said Thor Solberg, who owns the Solberg Airport a few miles from the golf club. “The future of the airport really depends on attracting new activity to the facility, which is really hard to sell when you can’t guarantee that the airport will be open all the time.”

Republican Rep. Leonard Lance, who represents the district around the club, led a group of congressmen in a letter sent to the Secret Service last month asking for help “in lessening the economic and operational burden” from the flight restrictions when Trump is in town. The letter asks that the Secret Service implement the type of aviation security policies in place near Washington, D.C., which allows properly vetted private pilots to fly.

Lance’s spokesman said it hasn’t received a response from the Secret Service on the request.

The temporary closure rules are not unique to Trump’s vacations. Similar flight restrictions for presidential visits have been in place for decades, and were expanded after the 9/11 attacks, affecting local airports during visits from Presidents Barack Obama and George W. Bush.