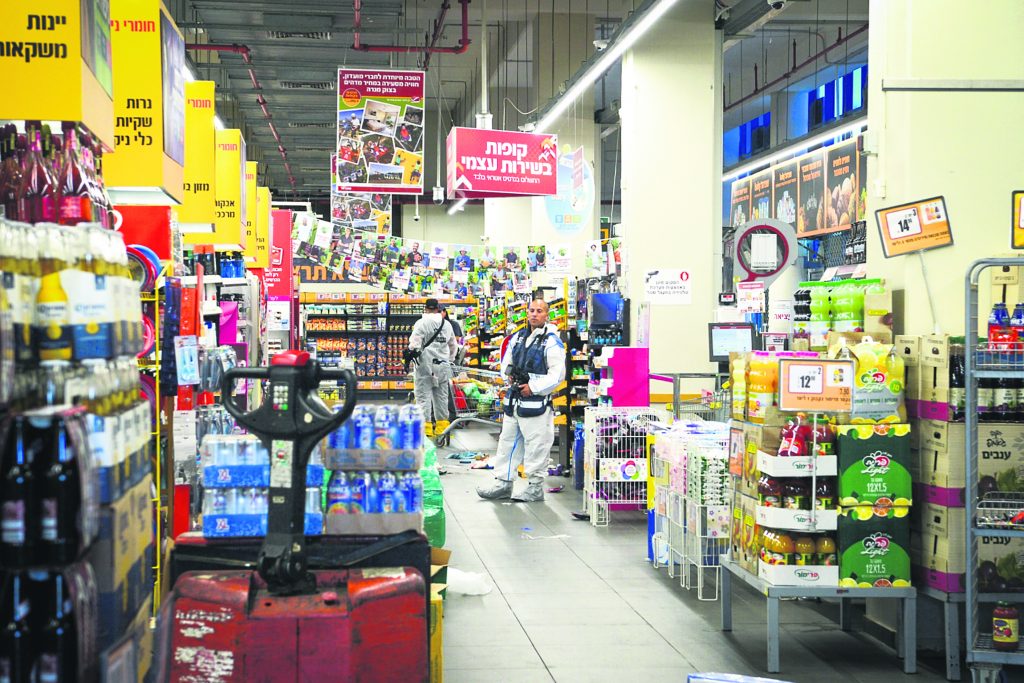 The condition of the man who was stabbed in a terror attack in Yavneh Wednesday has stabilized and improved, doctors said Thursday morning. The man had been listed in critical condition when he was brought to Kaplan Hospital in Rehovot Wednesday after a 19-year-old Arab, Ismail Abu-Aram, stabbed him in his upper body.

The attack took place at about noon Wednesday in a Shufersal supermarket in Yavneh. The attacker, an illegal Arab from Yatta in the south Chevron Hills, was jumped on by customers and workers, who beat and restrained him until police arrived. IDF soldiers operated in Yatta overnight Wednesday, gathering evidence from the home of Aram. Soldiers questioned family members and confiscated several items. An IDF official told Yediot Acharonot that it appeared that Aram operated on his own, without the support of a terror organization. Officials are also investigating how he got to Yavneh, as Aram did not have a work permit.

Police in Yerushalayim overnight Wednesday continued to pursue Arabs who participated in riots over the past few weeks over the implementation of security measures at Har HaBayis. Fifteen Arabs from various neighborhoods were arrested. The detainees are accused of organizing and participating in firebombing, rock-throwing attacks, and manufacturing explosive devices using gunpowder from fireworks.