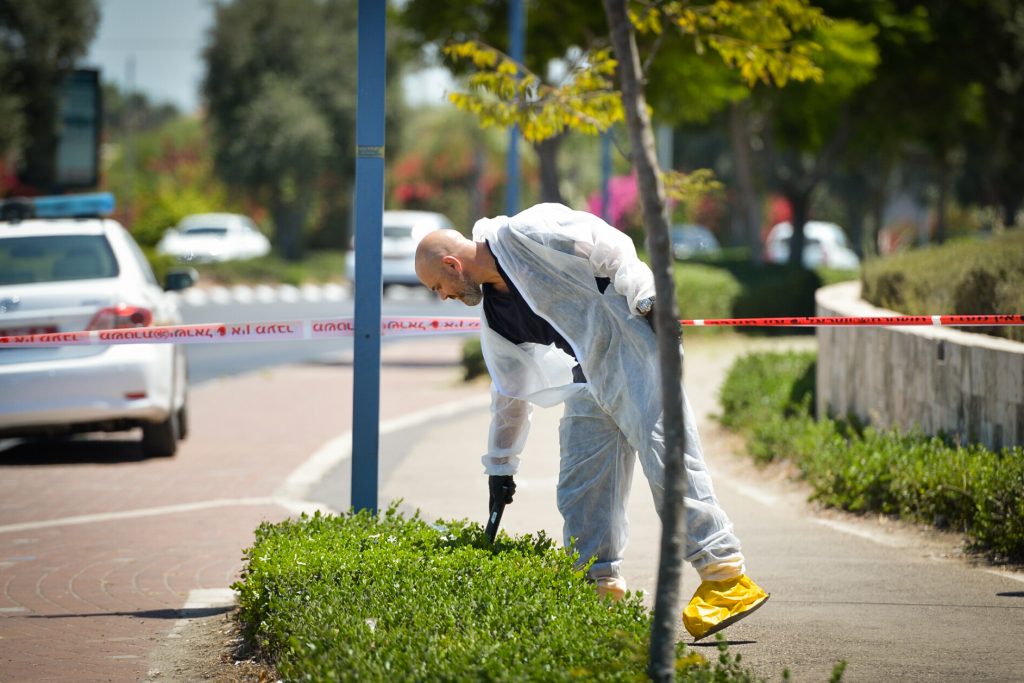 A 19-year-old Arab stabbed people in a Shufersal supermarket in Yavneh, Wednesday morning. Rescue workers treated a 43-year-old man, an employee of the market, for serious wounds sustained in the stabbing attack. Footage of the incident shows the Arab jumping on the victim and stabbing him in his upper body. Customers and workers are then seen pulling the attacker off the victim, punching and pummeling him. Large numbers of police arrived a few minutes after the incident.

Police are investigating the background of the stabbing, especially the identity of the stabber. Police sources told Channel Two that it appeared to be a terror attack, undertaken on an Arab nationalistic background. The stabber is an illegal Arab from Palestinian Authority-controlled areas, police said, and they are investigating how he got to Yavneh and where he was staying.

Meanwhile, a 29-year-old Arab from Shechem was indicted Wednesday in the murder of an Israeli woman, Michal Chalimi, who went missing on May 28th. Chalimi was a resident of the town of Geva Binyamin, outside Yerushalayim. A wide-ranging search was conducted after she went missing, and she was found dead a week later near Holon. The suspect, Muhammad Charouf, told reporters Wednesday that he had murdered Chalimi in order to prompt Israel to release Arab terrorists in Israeli prisons, but police sources said that under questioning, Charouf had not mentioned that as a motive.