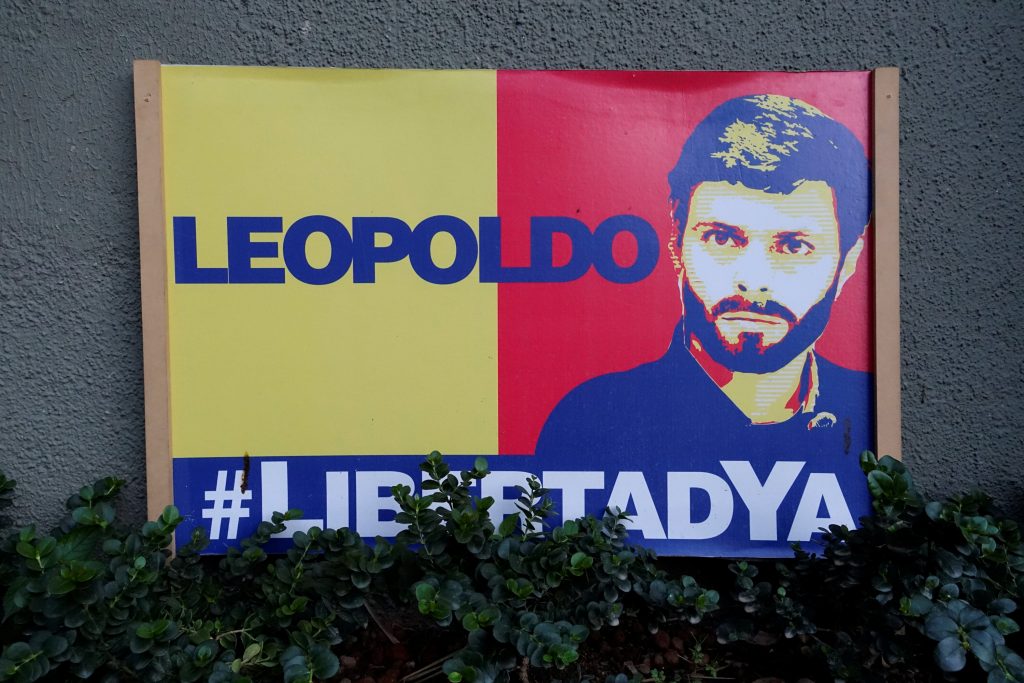 Venezuelan security officials seized opposition leaders Leopoldo Lopez and Antonio Ledezma from their homes during nighttime raids on Tuesday, in what critics of President Nicolas Maduro said was a growing crackdown by his dictatorial regime.

Their apprehension comes a day after the United States slapped sanctions on unpopular leftist Maduro for a new legislative superbody, the constituent assembly, which was elected on Sunday in a vote boycotted by the opposition.

The pro-government Supreme Court said in a Facebook statement the measures were taken because the men had been planning to flee.

The opposition countered it was a further sign Maduro was seeking to stamp out four months of massive street protests against him.

Lopez, a 46-year-old hardliner, and Ledezma, a 62-year-old veteran politician, were both under house arrest, the former for his role in leading street demonstrations against Maduro in 2014 and the latter on charges of plotting a coup.

Both men had been urging protests against Sunday’s vote, which they charged was rigged and a power grab by Maduro to avoid free and fair elections which he would lose.

The new assembly will have powers to rewrite the constitution and supersede other institutions, including the opposition-led Congress.

Maduro accuses the opposition of seeking a coup against him and says the Constituent Assembly is designed to bring peace back to the convulsed nation after about 120 people have been killed in the unrest since April.

A video showed Ledezma being dragged out of his building by what appeared to be security agents as a woman screamed, “They’re taking away Ledezma! Please neighbors! This is a dictatorship!”

Lopez’s wife, Lilian Tintori, posted a video that appeared to show him being led into a vehicle emblazoned with the name of Venezuela’s intelligence agency.

“12:27 in the morning: the moment when the dictatorship kidnaps Leopoldo at my house,” she tweeted.

Lopez had been holed up in the military jail of Ramo Verde until last month, when he was unexpectedly granted house arrest in what was then seen as a breakthrough in the country’s political standoff.

His lawyer, Juan Carlos Gutierrez, told local media that there was no arrest warrant and that Lopez had fully complied with terms of his house arrest, which banned him from leaving his home and talking to media about his trial.

“They have kidnapped Leopoldo Lopez because he simply would not break under the pressures and false promises of the regime,” wrote Freddy Guevara, a legislator from Lopez’s Popular Will Party.

The Supreme Court highlighted in its statement that Lopez was not allowed to undertake “any kind of political proselytism.” The court did not specify where the two men were.

Lopez’ lawyer said that his client and Ledezma were both in Ramo Verde prison, a decrepit penitentiary next to a slum in Los Teques, about an hour’s drive from the capital.

The men are both former mayors in Caracas and high-profile critics of Maduro. Lopez in particular has become the international face of Venezuela’s opposition, which is calling for early elections to replace Maduro amid a brutal economic crisis that has food and medicines running short.