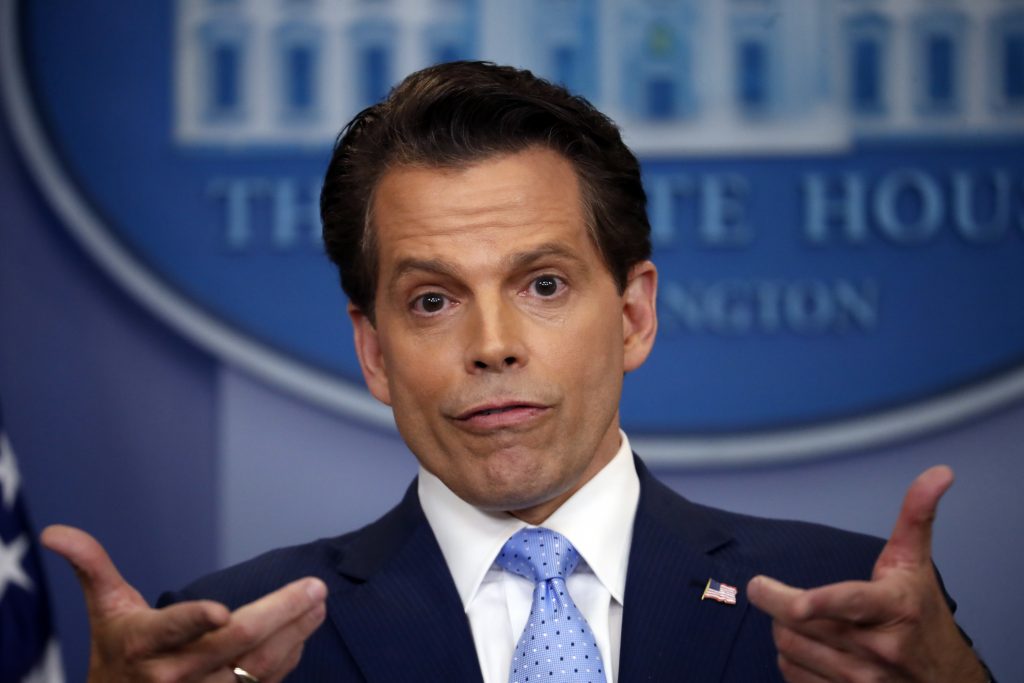 Scaramucci, the Wall Street financier who joined the administration Friday, tweeted on Monday that “the TV Cameras are back on.”

Under press secretary Sean Spicer — who resigned Friday after Scaramucci’s hiring — the daily press briefings had become must-see TV. But in recent weeks, Spicer moved into more of a behind-the-scenes role, and the briefings were largely conducted by his deputy, Sarah Huckabee Sanders, off-camera.

On Friday, Scaramucci accepted his new position at an on-camera briefing, and announced that Sanders will replace Spicer as press secretary. The last on-camera White House briefing prior to that was June 29.

Scaramucci said Monday that going forward, the briefings will be back on camera.

“We’re televising the briefings. We went to audio as an experiment and now we’re back on audio and video,” he said. “I talked to the president about it this morning.”

Scaramucci said that if there was a reason to go off-camera, he or Sanders would explain why.

Over the weekend, Scaramucci pledged on Fox News to begin “an era of a new good feeling” and said he hopes to “create a more positive mojo.”