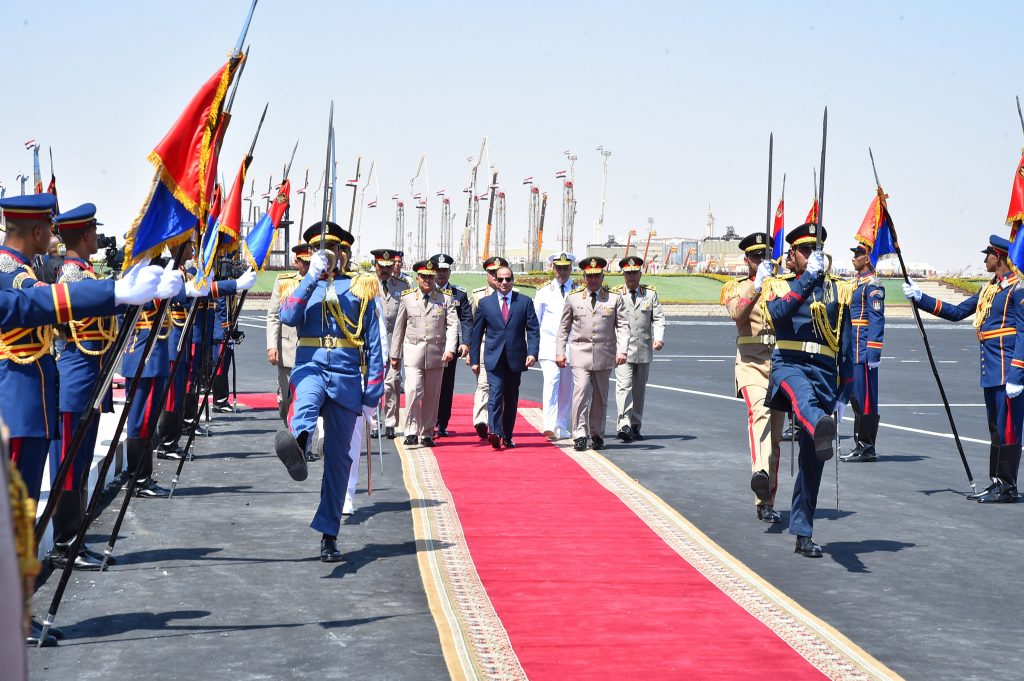 Egypt’s President Abdel Fattah el-Sissi has inaugurated a military base in the country’s northwest to protect facilities and projects in coastal cities.

Saturday’s inauguration, aired by state TV, was held with senior Arab officials present. It comes ahead of the 65th anniversary of the July 23 military coup which ended the monarchy.

The base is named after late President Mohammed Naguib, an Egyptian army officer who became the country’s first president. Located in the Marsa Matrouh governorate west of Alexandria, Egypt says the base is the largest in the Middle East.

Egypt’s army announced earlier that it established another base, called Barrani, close to the porous western border with Libya to prevent the infiltration of militants. Authorities vie with Islamic militants and smugglers who use it to enter the country.