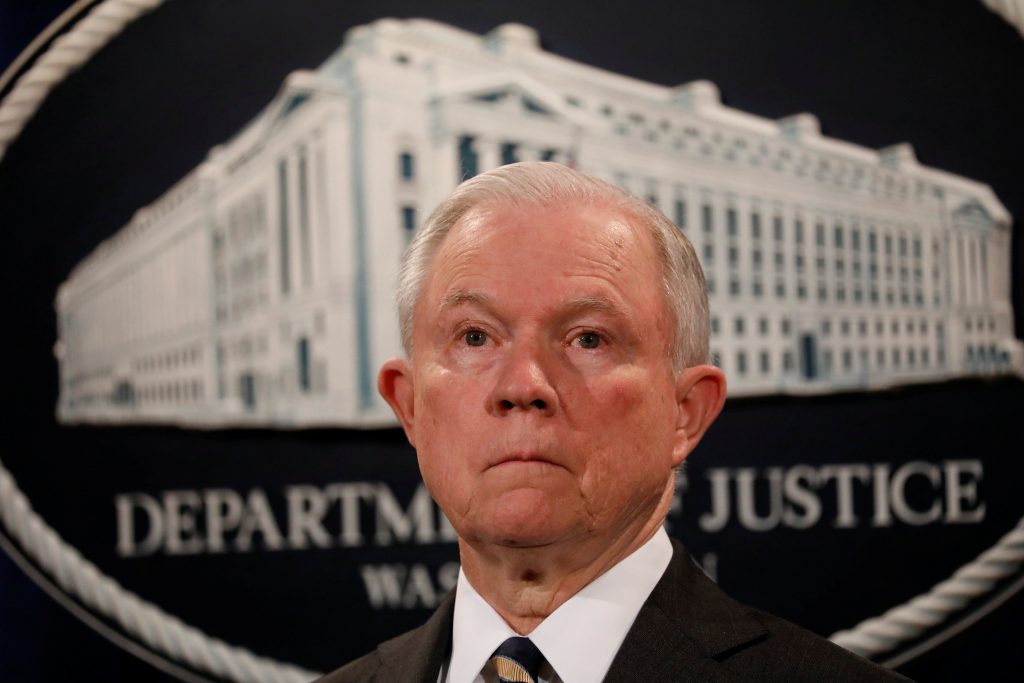 “We hope to issue this week a new directive on asset forfeiture — especially for drug traffickers,” Sessions said in his prepared remarks for a speech to the National District Attorney’s Association in Minneapolis. “With care and professionalism, we plan to develop policies to increase forfeitures. No criminal should be allowed to keep the proceeds of their crime. Adoptive forfeitures are appropriate as is sharing with our partners.”

Asset forfeiture is a highly controversial practice that allows law enforcement officials to permanently take money and goods from individuals suspected of crime. There is little disagreement among lawmakers, authorities, and criminal justice reformers that “no criminal should be allowed to keep the proceeds of their crime.” But in many cases, neither a criminal conviction nor even a criminal charge is necessary: Under forfeiture laws in most states and at the federal level, mere suspicion of wrongdoing is enough to allow police to seize items permanently.

Since 2007, the DEA alone has taken over $3 billion in cash from people not charged with any crime, according to the Justice Department’s Inspector General.

The practice is ripe for abuse. In one case in 2016, Oklahoma police seized $53,000 owned by a Christian band, an orphanage and a church after stopping a man on a highway for a broken taillight. A few years earlier, a Michigan drug task force raided the home of a self-described “soccer mom,” suspecting she was not in compliance with the state’s medical marijuana law. They proceeded to take “every belonging” from the family, including tools, a bicycle, and her daughter’s birthday money.

In recent years, states have begun to clamp down on the practice. “Thirteen states now allow forfeiture only in cases where there’s been a criminal conviction,” said Robert Everett Johnson of the Institute for Justice, a public interest law firm that represents forfeiture defendants.

These types of forfeitures amounted to a small total of assets seized by federal authorities, so the overall impact on forfeiture practices was relatively muted. Still, criminal justice reform groups on the left and the right cheered the move as a signal that the Obama administration was serious about curtailing forfeiture abuses.

“This is a federalism issue,” said the Institute for Justice’s Johnson. Any return to federal adoptive forfeitures would “circumvent limitations on civil forfeiture that are imposed by state legislatures… the DOJ is saying ‘we’re going to help state and local law enforcement to get around those reforms.’”

The Department of Justice did not return a request for comment.