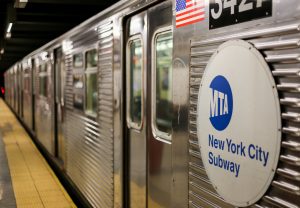 A trash fire on New York City tracks resulted in major delays on the A, B, C, and D subway lines during the morning rush-hour.

Emergency medical technicians evaluated passengers who complained of smoke inhalation Monday in Manhattan. Some were taken for hospital examinations, but no serious injuries were reported.

The fire started around 7:30 a.m. in Harlem at the 145th street station. Normal service resumed about two hours later.

It’s among a series of challenges that transit users have been facing while getting to, from and around New York City.

Last week, an infrastructure project began at Penn Station, where suburban lines converge with the subway and Amtrak.

So far, there have been few reports of widespread problems related to the project. Democratic Gov. Andrew Cuomo has eased off his initial prediction of a difficult summer.