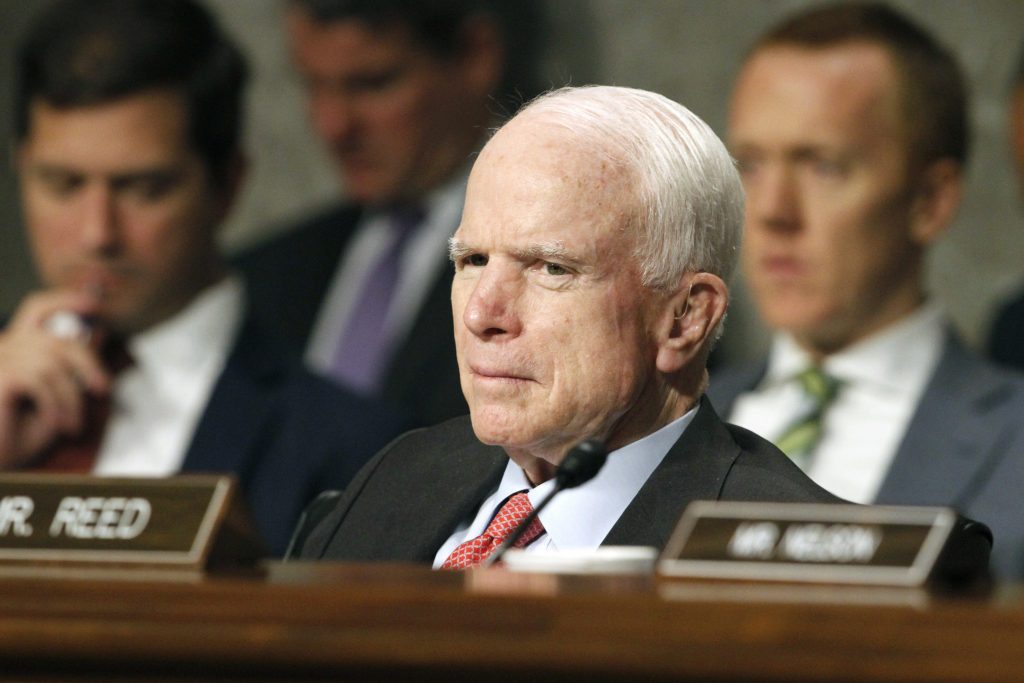 Sen. John McCain’s absence from the Senate next week as he recovers from surgery for a blood clot could complicate the GOP’s prospects for advancing health care legislation already on the brink.

Surgeons in Phoenix removed a blood clot from above McCain’s left eye on Friday. The 80-year-old Senate veteran was advised by doctors to remain in Arizona next week, his office said in a statement Saturday. Pathology reports on the clot were expected in the next several days.

A close vote had already been predicted to pass the GOP health care bill, with all Democrats and independents coming out against it and some Republicans opposed or undecided. With the GOP holding a 52-48 majority, they can afford to lose only two Republicans. Vice President Mike Pence would break a tie for final passage.

Two Republicans, Rand Paul of Kentucky and Susan Collins of Maine, have already said they’ll vote against the measure.

McConnell and other GOP leaders have been urging senators to at least vote in favor of opening debate, which would allow senators to offer amendments. In recent days GOP leaders have expressed optimism that they were getting closer to a version that could pass the Senate.

In Phoenix, Mayo Clinic Hospital doctors said McCain underwent a “minimally invasive” procedure to remove the nearly 2-inch (5-centimeter) clot and that the surgery went “very well,” a hospital statement said. McCain was reported to be resting comfortably at his home in Arizona.

McCain is a three-time survivor of melanoma. Records of his medical exams released in 2008 when he was the GOP candidate for president showed that he has had precancerous skin lesions removed and had an early stage squamous cell carcinoma, an easily cured skin cancer, removed.