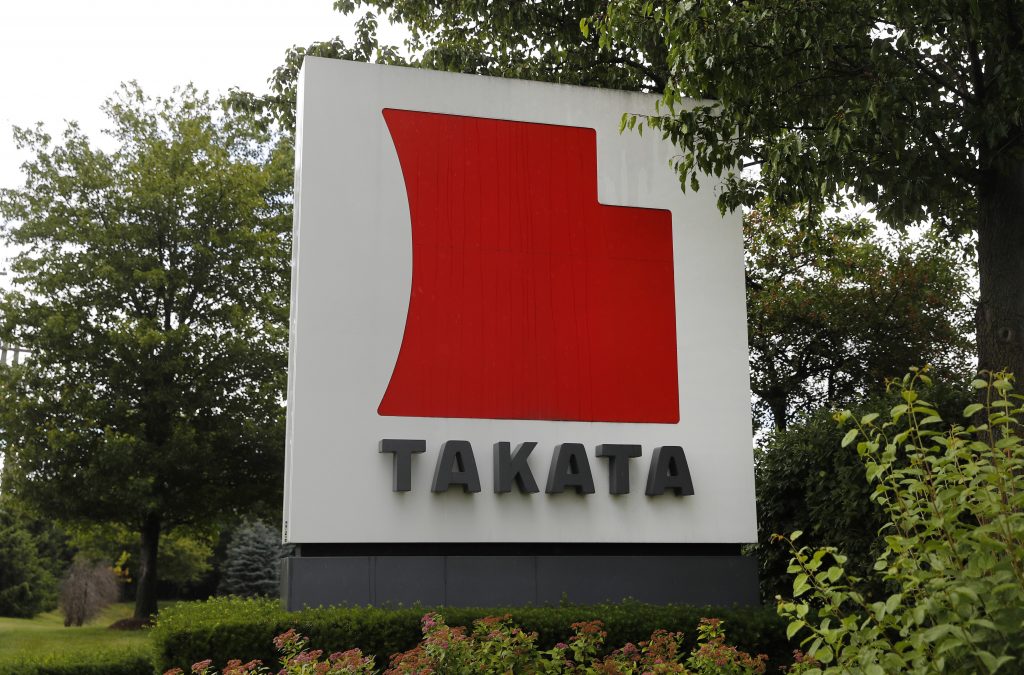 Another person has been killed in the U.S. by an exploding Takata air bag inflator, but this death wasn’t the result of a crash.

Honda says a man died in June 2016 when an inflator ruptured while he was working inside a 2001 Honda Accord using a hammer.

The car’s ignition switch was on, so the air bag would have been ready in case of a crash. But it’s not clear why the air bag deployed, the company said. Police photos show the metal inflator ruptured and shot out fragments in Hialeah, Florida, near Miami.

“The rupture most likely contributed to his death,” Honda spokesman Chris Martin said.

It’s the 12th U.S. death attributed to the faulty inflators and 17th worldwide, including five in Malaysia. Takata inflators can explode with too much force when exposed to prolonged airborne moisture and hot-and-cold temperature cycles. If that happens, the inflators can blow apart a metal canister and shoot out shrapnel which can kill or injure people. More than 180 people have been hurt in the U.S. alone.

The problem touched off the largest automotive recall in U.S. history, involving up to 69 million inflators and 42 million vehicles. Honda was Takata’s biggest customer before the problems surfaced. Last month Takata filed for bankruptcy protection in both Japan and the U.S. and most of its assets were bought by rival Key Safety Systems.

Honda released some details of the death on Monday and said it only recently found out about it. The company would not release the man’s name out of respect for his family, but said he was not the car’s owner.

Martin says the man had taken apart the car’s center console, although it’s not exactly clear what he was working on. Martin noted that there is a deceleration sensor that activates the air bags mounted on the wall between the engine and passenger compartment.

Honda has not been able to inspect the car and is relying on police photos to make its determination, Martin said.

Multiple owners of the car were mailed 12 recall notices over seven years. “Our records indicate that the recall repair was never completed on this vehicle,” Honda said in a statement.

The 2001 Accord has one of the most dangerous types of Takata driver’s side air bag inflators. Laboratory tests show they have as high as a 50 percent chance of blowing apart in a crash.

Honda urged owners who have received recall notices to get repairs made as soon as possible, especially those with the most dangerous type of inflator. Those models are the 2001 and 2002 Accord and Civic, the 2002 CR-V and Odyssey, the 2002 and 2003 Acura 3.2 TL, the 2003 Acura 3.2 CL and the 2003 Pilot. Honda says it has sufficient supplies of replacement inflators available to fix all of its recalled vehicles.