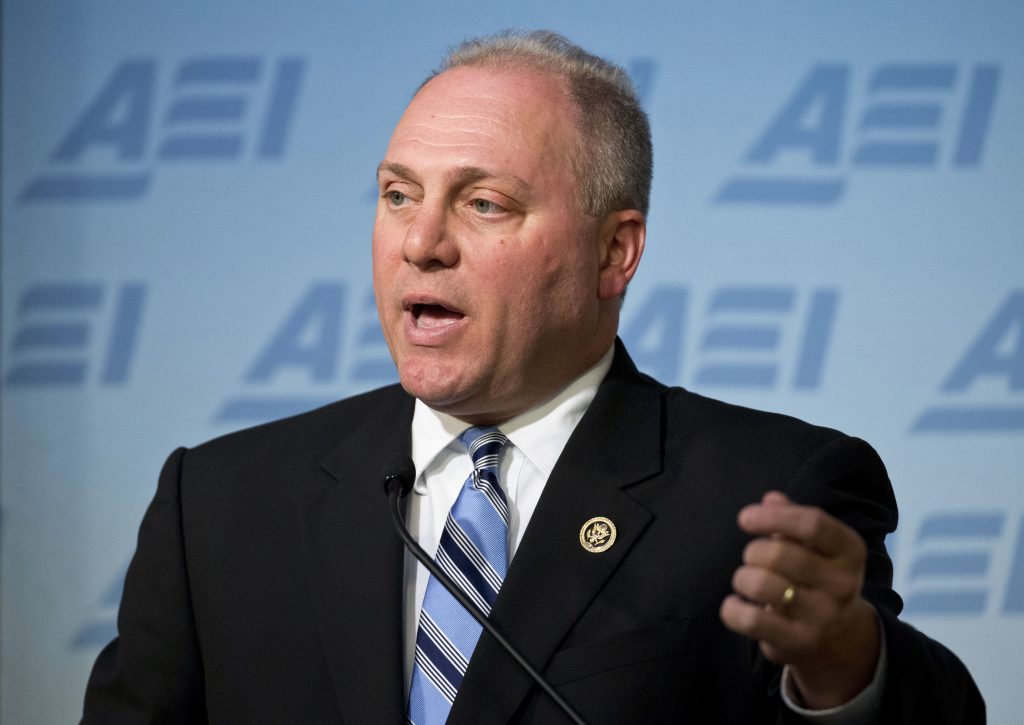 The Washington hospital where House Majority Whip Steve Scalise is recuperating from a gunshot wound says he has been readmitted to the intensive care unit.

MedStar Washington Hospital Center says the Louisiana congressman is back in intensive care because of new concerns for infection. Scalise was in serious condition Wednesday night.

Scalise and four other people were injured last month when a gunman opened fire on a Republican baseball practice in nearby Alexandria, Virginia. U.S. Capitol Police and other officers returned fire and killed the gunman.

The congressman was struck in the hip and the bullet tore into blood vessels, bones and internal organs. He has undergone several surgeries and had been upgraded to fair condition.

The shooting in the Virginia suburb that critically wounded Scalise and injured several others has forced members of Congress to examine their security arrangements to determine if they are sufficient.

House Democratic leader Nancy Pelosi has said she favors more money for the U.S. Capitol Police force, which is seeking an 8 percent increase to nearly $427 million for next year. Pelosi, a California Democrat, said more money would help the agency enhance its presence when members of Congress, staff and others congregate away from the Capitol.

“It’s security for other people who are there, too,” she said at one point. “If somebody is coming after a member of Congress, you don’t want to be anywhere nearby.”

Members of the U.S. Capitol Police engaged in a shootout with the assailant during the Alexandria incident, and lawmakers said their presence probably prevented many deaths. Two police officers were injured; the shooter, James Hodgkinson, later died.

The Capitol Police were at the ballfield in Virginia because Scalise is the majority whip and a member of the leadership. Other members of Congress are not afforded the same security as congressional leaders.

“It seems self-evident that when the teams are practicing, there should be security there,” Pelosi said.

Even before the shooting, Speaker Paul Ryan and Pelosi had begun talking about changes that could improve members’ safety, said Ryan’s spokeswoman, AshLee Strong.