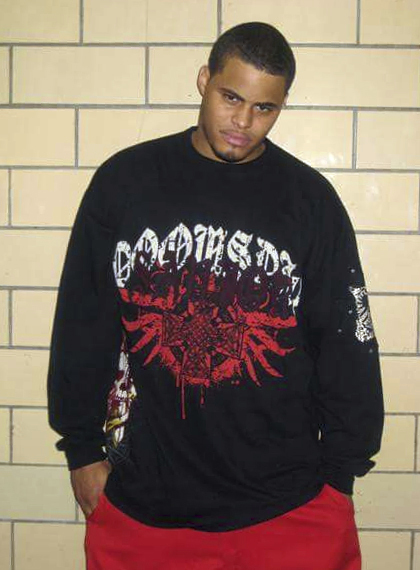 Sometime between Andrew Kearse’s arrest and the 3.2-mile (5.15-kilometer) ride to the police station, officers say, he complained of dizziness and difficulty breathing, and lost consciousness. He was later pronounced dead.

What exactly caused Kearse’s death and how quickly Schenectady police called for help are among the issues New York’s attorney general’s office is now investigating, with his wife accusing officers of ignoring the Bronx man’s pleas until it was too late.

“Officers themselves were judge, jury and executioner for my husband,” said Angelique Negroni-Kearse, who learned of the death from news reports before police contacted her. “They did not give him the medical attention he asked for.”

Kearse, who was freed April 26 from a two-year stint in prison for stealing credit cards and electronics from a car, was in Schenectady visiting Susan Perry on May 11 when he was pulled over on a traffic violation, according to witness and police reports. He parked and took off. Why exactly the 36-year-old Kearse ran from police is unclear, but he’d failed to report to his parole officer after his release and an “absconder” warrant had been issued for his arrest, according to correction records.

Terry Cuzdey, who lives in the neighborhood where police chased Kearse through backyards, told reporters he heard someone yelling in pain. “The fella screamed that they broke his leg and they were hurting him,” he said.

According to a police news release, while alone in the back seat, Kearse “complained of breathing problems and feeling dizzy.” He was unconscious when he arrived at the station.

Police said paramedics were immediately called to give treatment, and Kearse was transported to a hospital where he was pronounced dead.

But Perry, who was charged with obstruction, was at the station when Kearse arrived and said they waited about 15 minutes before getting emergency help because they thought he was faking. She called to him, but he didn’t answer.

“Two police officers were dragging him by his arms like an animal,” she told reporters. “And he was laying on the ground motionless.”

The Schenectady county medical examiner hasn’t publicly released a cause of death. Kearse was black; police wouldn’t say how many officers were involved or give their races. They also wouldn’t say whether Kearse’s leg was broken.

The Schenectady police, dogged by a series of excessive-force complaints, immediately asked the New York State Police to investigate whether any criminality occurred.

The department, which has about 140 members, was under federal monitoring for 10 years until 2013 after a string of corruption investigations involving several officers and a former chief who served prison time for dealing in illegal substances. Last year, a woman was knocked unconscious in a holding cell and in a separate incident, a police lieutenant was suspended after a woman’s head was split open when she was slammed down onto a station bench by officers, according to the Albany Times Union.

The state attorney general, tasked by the governor in 2015 with investigating police custody deaths following criticism that local prosecutors around the state couldn’t be independent, is now looking into the case. They will either bring charges, or file a report explaining the decision not to.

For activists, Kearse’s death recalled that of Eric Garner, who cried “I can’t breathe” during an attempted arrest on New York City’s Staten Island borough in 2014. The medical examiner said a police chokehold contributed, along with other factors such as heart disease and asthma. No one was charged criminally in Garner’s death and federal prosecutors are still weighing whether to file civil rights charges.

Before prison, Kearse worked as a roofer and doing other construction and odd jobs, and helped Negroni-Kearse, 40, who works as a mail carrier, with their children. When he got out, he was trying to put his life back together, she said. The two have four young children together. Kearse has five other children, the oldest 18.

“They don’t understand that daddy’s gone,” she said, crying. “Even when we went to see (his grave) they’re still saying, ‘Why is daddy there?'”