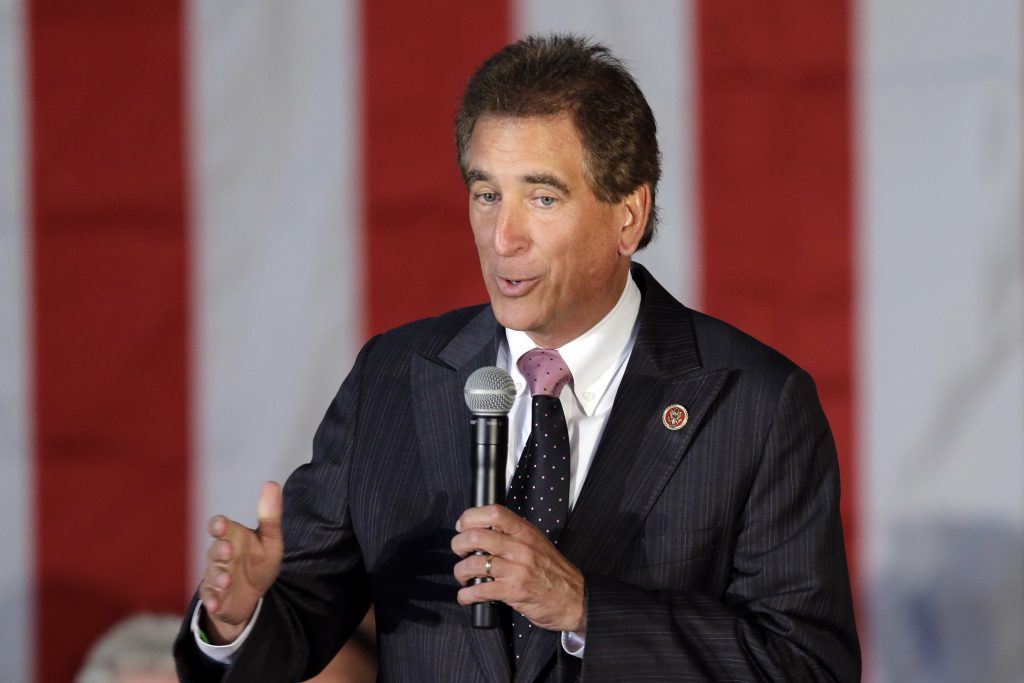 Churches should have the right to endorse political candidates and still keep their tax-free status, say House Republicans targeting a law that prohibits such outright politicking from the pulpit.

Republicans repeatedly have failed to scrap the law preventing churches and other nonprofits from backing candidates, so now they are trying to starve it: With little fanfare, a House Appropriations subcommittee added a provision that would deny money to the IRS to enforce the 63-year-old law to a bill to fund the Treasury Department, Securities and Exchange Commission, and other agencies.

The subcommittee passed the bill Thursday.

Republicans say the law is enforced unevenly, leaving religious leaders uncertain about what they are allowed to say and do.

“I believe that churches have a right of free speech and an opportunity to talk about positions and issues that are relevant to their faith,” said Rep. Jim Renacci, R-Ohio.

Some Democrats say the measure comes too close to mixing church and state. They say religious leaders already have First Amendment rights, just like anyone else. But if they want to get political, they don’t have a constitutional right not to pay taxes.

Some also worry that the measure could upend the system of campaign financing by allowing churches to use their tax-free status to funnel money to political candidates.

Rep. Richard Neal, D-Mass., recalled a speech that President John F. Kennedy gave to religious leaders when he was running for president.

“He said the pope wouldn’t tell him what to do, and the people in that audience shouldn’t be telling people on Sunday morning who to vote for,” Neal said. “I don’t think churches should be endorsing.”

The law prohibits tax-exempt charitable organizations, such as churches, from participating directly or indirectly in any political campaign to support or oppose a candidate. If the IRS determines that a group has violated the law, it can revoke its tax-exempt status.

The law doesn’t stop religious groups from weighing in on public policy or organizing in ways that may benefit one side in a campaign.

The bill specifically forbids the IRS from spending money to enforce the law against “a church, or a convention or association of churches,” unless the IRS commissioner signs off on it and notifies Congress.

The bill doesn’t mention other types of nonprofit groups, or even synagogues or mosques, said Nick Little of the Center for Inquiry, which promotes secularism.

“All they care about is the Christian groups, and in particular, it will end up as the extreme religious right Christian groups,” Little said. “If this goes through, this would add just another way in which unregulated dark money could be used.”

Religious leaders have been weighing in on political issues for generations. But periodically, the IRS has stepped in when religious leaders explicitly endorse or oppose candidates.

The law is called the Johnson Amendment after former President Lyndon Johnson, who introduced it in 1954 when he was a Democratic senator from Texas. Johnson was upset because a few nonprofit groups attacked him as a communist in a Senate campaign.

The law was signed by a Republican president, Dwight Eisenhower, but Republicans have been attacking it in recent years.

House Republicans have pledged to repeal the law as part of a tax overhaul. President Donald Trump signed an executive order in May discouraging the IRS from enforcing the law.

“Some churches, including my own, have been very concerned about appearing political in any way shape or form,” Tiberi said. “Churches I went to that were primarily in Democrat areas, that I would go to because I had a Democrat district, the local candidates on the Sunday mornings before the election would be introduced, would speak from the pulpit about the campaign and why the congregation should vote for them.”

The full Appropriations Committee will consider the measure after the July 4th congressional recess.