National Yes He Can: Obama Returns to Indonesia for Family Vacation
National 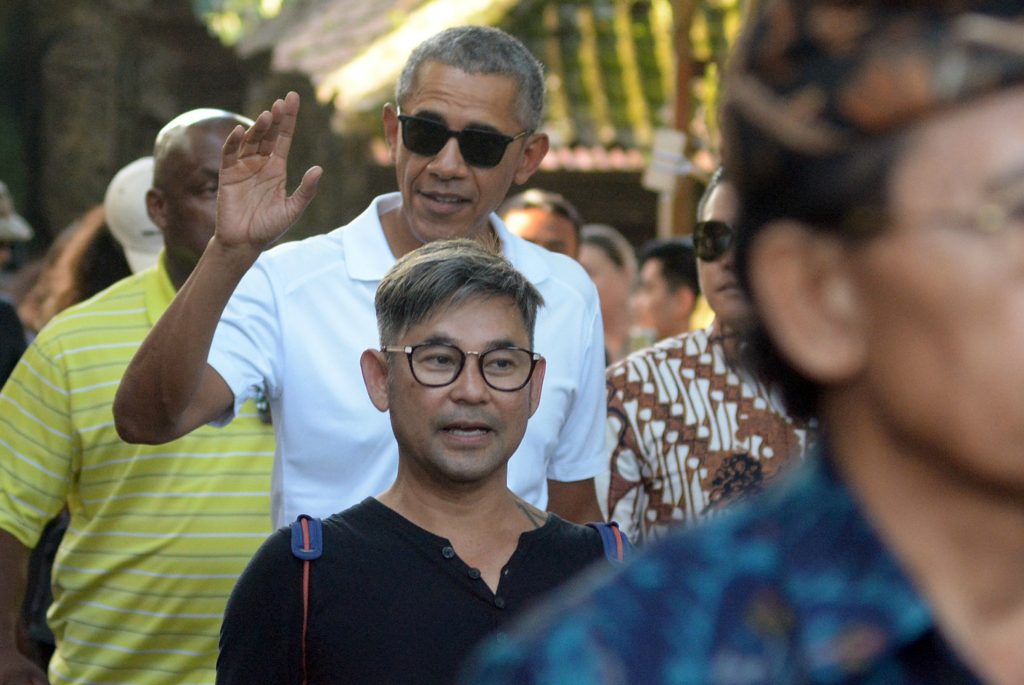 From whitewater rafting in Bali to visiting temples on Java, former U.S. President Barack Obama’s private family vacation is being closely tracked in Indonesia where he spent four years as a child.

Obama was six when he moved to Jakarta after his American mother, Ann Dunham, married an Indonesian man following the end of her marriage to Obama’s Kenyan father.

“I feel proud that my friend became a president,” said Sonni Gondokusumo, 56, a former classmate of Obama at the Menteng 01 state elementary school in Jakarta.

Gondokusumo showed a class photograph of himself standing behind a young Obama, who was wearing a school beret.

“He was a clever boy. Whenever a teacher asked him to solve a problem in front of the class, he could do it,” Gondokusomo told Reuters, adding he hoped to meet the former president again.

Obama remains popular in the world’s most populous Muslim nation and his trip has been splashed across the media during an extended public vacation to mark the end of the fasting month of Ramadan. The Rakyat Merdeka newspaper carried a headline “Obama loves Indonesia”.

Obama returned for an official visit as president in 2010 with his wife, Michelle, but this time has brought daughters Malia and Sasha as well.

Indonesians are avid social media users and snaps of the former U.S. president walking with his family in rice fields and rafting on Bali’s Ayung River have gone viral.

Obama kicked off the vacation on the island of Bali, where he stayed at the luxurious Four Seasons Resort Bali near the cultural center of Ubud.

On Wednesday, Obama and him family arrived in the city of Yogyakarta on Java island, and visited an ancient temple.

According to CNN Indonesia, Central Java police deployed 700 officers to secure his visit to a Buddhist temple dating from the 8th and 9th centuries.

Obama is due to meet President Joko Widodo on Friday at the palace in Bogor, south of Jakarta, and visit the capital on Saturday.