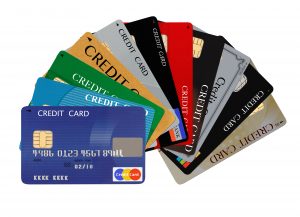 Starting July 1, the credit scores of up to 14 million people could begin to rise as credit reports are scrubbed of nearly all civil judgments and many tax liens.

Consumer advocates hail the data’s deletion as a long-overdue victory for people whose scores were unfairly dinged by inaccurate information. Others worry the changes could inflate the scores of risky borrowers and have a catastrophic impact on lenders.

People shouldn’t expect an immediate jump in their scores, however.

On July 1, the three major credit bureaus — Experian, Equifax and TransUnion — will exclude new records of civil judgments and tax liens that don’t have minimum identifying information including Social Security numbers or dates of birth as well as any record of judgments or liens that hasn’t been updated within 90 days. The bureaus also will begin to remove old records of judgments and liens that don’t meet the enhanced standards, a process that’s expected to take several weeks, says Francis Creighton, president and CEO of the Consumer Data Industry Association, a trade group that represents the bureaus.

Credit scoring company FICO estimates that 6 to 7 percent of people who have FICO scores will have a tax lien or civil judgment purged from their records. Tax liens stem from unpaid state or federal tax bills, while civil judgments are court rulings from lawsuits filed over old debts, unpaid child support, evictions and other noncriminal matters. Judgments and liens show up in the public records section of credit reports and can seriously damage credit scores .

DOES A JUDGMENT OR LIEN MAKE YOU RISKIER?

The credit bureaus aren’t being forced to delete this information. They’re doing it voluntarily, in large part because these public records weren’t properly verified or updated, generating many consumer complaints and disputes.

The credit bureaus might have found a way to keep the records if the data were overwhelmingly valuable to lenders, their primary customers. But that doesn’t seem to be the case.

The credit bureaus, creditor scorers FICO and VantageScore Solutions and mortgage buyer Fannie Mae have all said that removing the data will have at most a minor impact on lenders’ ability to predict risk.

Almost all — 92 percent — of people who have liens or judgments in their credit reports have other negative information in their files, says Ethan Dornhelm, FICO’s vice president for scores and analytics. That’s why independent studies by FICO and VantageScore Solutions found that scores went up an average of just ten points when liens and judgments were removed.

A much smaller group of people — about one million of the 200 million people with FICO scores — whose credit reports are otherwise clean could see their scores rise more.

Not all players think the change is benign. A representative of LexisNexis Risk Solutions says the outcome could be “catastrophic.” The company is marketing reports with the deleted public records data to lenders.

The data and analytics provider found that people with judgments and tax liens on their credit reports are more than five times as likely to default on a mortgage as people without those records, says Tim Coyle, senior director for real estate and mortgage at LexisNexis Risk Solutions.

Why did FICO and VantageScore Solutions reach a different conclusion? LexisNexis compared people with negative public records to those without. The credit scoring companies used databases stripped of the questionable records, then calculated scores based on the information that remained.

WILL LENDERS MOVE THE GOAL POSTS?

It’s an open question how many of the affected folks will look more creditworthy than they actually are and how many are actually good credit risks who were victimized by erroneous data.

Lenders will find out by monitoring default rates and they will adjust their lending criteria accordingly, says Jeff Richardson, a VantageScore Solutions spokesman. That could mean raising cutoff limits for acceptable scores — which means in turn that those who see their scores improve only modestly could find the loans they want still out of reach.

So it’s understandable that mortgage lenders may be a little twitchy about the change — and why Fannie Mae sent a letter urging them not to be. The mortgage buyer promised “lenders can continue to have full confidence” in its approval decisions — but it also said it will continue to monitor the situation.

That is what consumers should do as well. Knowing what your scores are, and taking actions to keep them as high as possible, is an important part of managing your finances skillfully in the 21st century.