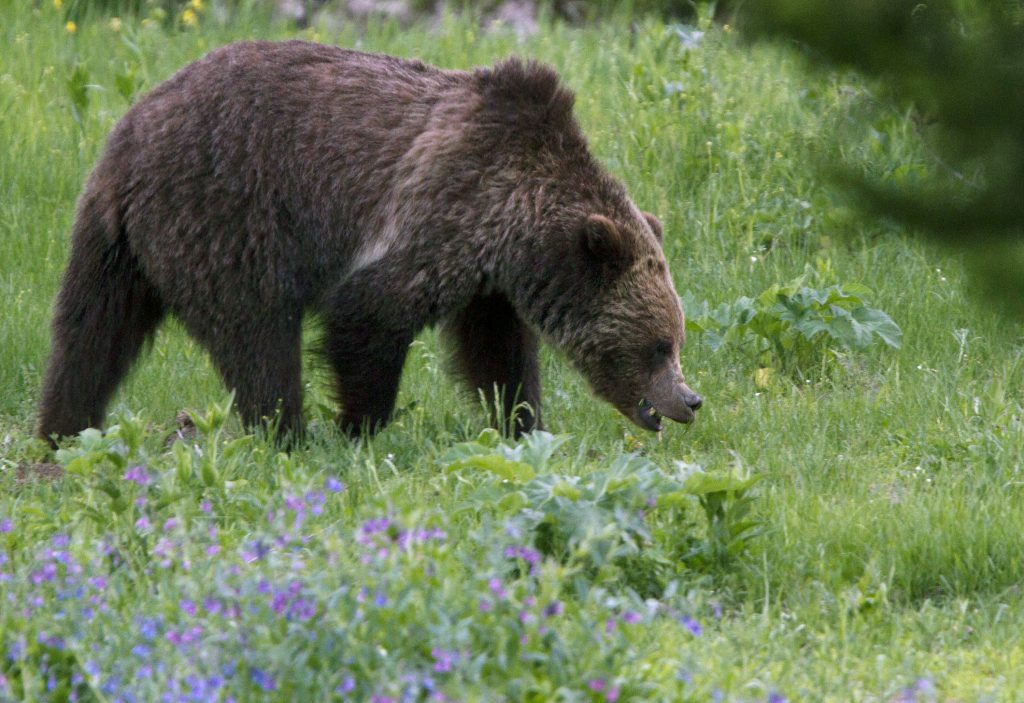 Protections that have been in place for more than 40 years for grizzly bears in the Yellowstone National Park area will be lifted this summer after U.S. government officials ruled Thursday that the population is no longer threatened.

Grizzlies in all continental U.S. states except Alaska have been protected under the Endangered Species Act since 1975, when just 136 bears roamed in and around Yellowstone. There are now an estimated 700 grizzlies in the area that includes northwestern Wyoming, southwestern Montana and eastern Idaho, leading the U.S. Fish and Wildlife Service to conclude that the population has recovered.

“This achievement stands as one of America’s great conservation successes,” Interior Secretary Ryan Zinke said in a statement.

Grizzly bears once numbered about 50,000 and ranged over much of North America. Their population plummeted starting in the 1850s because of widespread hunting and trapping, and the bears now occupy only 2 percent of their original territory.

The final ruling by the Fish and Wildlife Service to remove Yellowstone grizzlies from the list of endangered and threatened species will give jurisdiction over the bears to Montana, Idaho and Wyoming by late July.

That will allow those states to plan limited bear hunts outside the park’s boundaries as long as the overall bear population does not fall below 600 bears. Wyoming and Montana are unlikely to hold hunts this year, state officials said. Idaho officials said it is too early to discuss a possible hunting season.

“We are in no rush to move forward on hunting,” said Laurie Wolf, spokeswoman for Montana Fish, Wildlife and Parks. “Right now we are really focused still on the conservation of this species.”

Hunting seasons for grizzlies would require approval by each state’s wildlife commission after a public review process that “will be an opportunity to have a rich and robust discussion,” said Brian Nesvik, wildlife division chief of the Wyoming Game and Fish Department.

Hunting bears inside Yellowstone and nearby Grand Teton National Park would still be banned. The bears roam both inside and outside the parks, and their range has been expanding as their numbers have grown.

The Obama administration first proposed removing grizzlies as a threatened species by issuing an initial ruling in March 2016. The 15 months that have passed since then have been used to by federal officials to evaluate states’ grizzly management plans and respond to themes of concern generated by 650,000 comments from the public, including wildlife advocates and Native American tribal officials who are staunchly opposed to hunting grizzly bears.

Thursday’s ruling is certain to be challenged in court by conservation groups that argue the Yellowstone bears still face threats to their continued existence. Tim Preso, an attorney for environmental law firm Earthjustice, said his organization will look closely at the rule.

“There’s only one Yellowstone,” he said. “We ought not to take an unjustified gamble with an iconic species of this region.”

Matt Hogan, the deputy regional director for the Fish and Wildlife Service’s Mountain-Prairie Region, said he is confident that the science behind the decision and the management plans the states will follow will withstand any lawsuit.

“We feel like this species is more than adequately protected in the absence of [Endangered Species Act] protections,” Hogan said.

Wildlife officials in Montana, Idaho and Wyoming have been managing the bear population alongside federal government officials for decades. Those states will follow strict regulations to keep a viable population, Hogan said.

The federal agency’s rule sets a minimum population of 500 bears for Yellowstone, and requires states to curb hunting if the population falls below 600.

Scientists also studied the effects of climate change on grizzly bears and their food sources, such as the nuts of whitebark pine trees, which are in decline.

That adaptation has meant switching to more of a meat-based diet. That carries the risk of bringing the bears into greater conflict with ranchers protecting livestock and hunters searching for elk and deer, said Andrea Santarsiere, an attorney for the wildlife advocacy group Center for Biological Diversity.

“Added to those threats will be trophy hunting,” she said.

The federal agency will continue monitoring the grizzly population over the next five years, and certain factors would prompt a new federal review of the bears’ status.

The ruling does not directly affect other populations of grizzlies that are still classified as threatened but which wildlife officials consider recovered, such as the estimated 1,000 bears in the Northern Continental Divide area of Montana and Idaho.