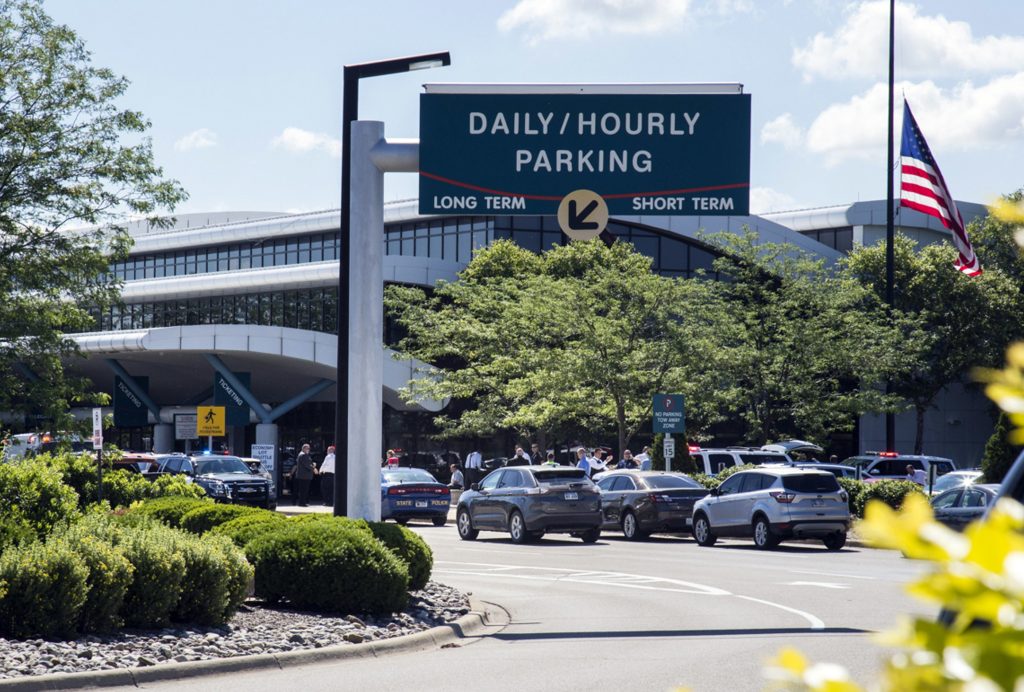 Officials on Wednesday evacuated Bishop International Airport in Flint, Michigan, after a man stabbed a police officer in the neck. The man has been arrested.  The FBI is leading the investigation, and is looking at terrorism as a possible motive.

The FBI’s Detroit field office said in a statement: “We are aware of reports that the attacker made statements immediately prior to or while attacking the officer, but it is too early to determine the nature of these alleged statements or whether or not this was an act of terrorism.”

Ken Brown told The Flint Journal he was dropping off his daughter at the airport and saw the officer bleeding from his neck. He says he saw a man detained by police and a knife on the ground.

“The cop was on his hands and knees bleeding from his neck,” Brown said. “I said they need to get him a towel.”

Cherie Carpenter, who was awaiting a flight to Texas to see her new grandchild, tells Flint station WJRT she saw the attacker being led away in handcuffs. She described the man in custody as appearing “blank, just totally blank.”

Flint Mayor Karen Weaver said in a statement that officials increased security at Flint City Hall out of “an abundance of caution.”

The airport posted on social media that passengers were safe and were being told to check for flight delays or cancellations.

Flint is about 50 miles northwest of Detroit. Bishop Airport is a small regional airport with two runways that has, on average, 16 commercial flights arriving or departing each day, according to FlightAware, a flight-tracking service.