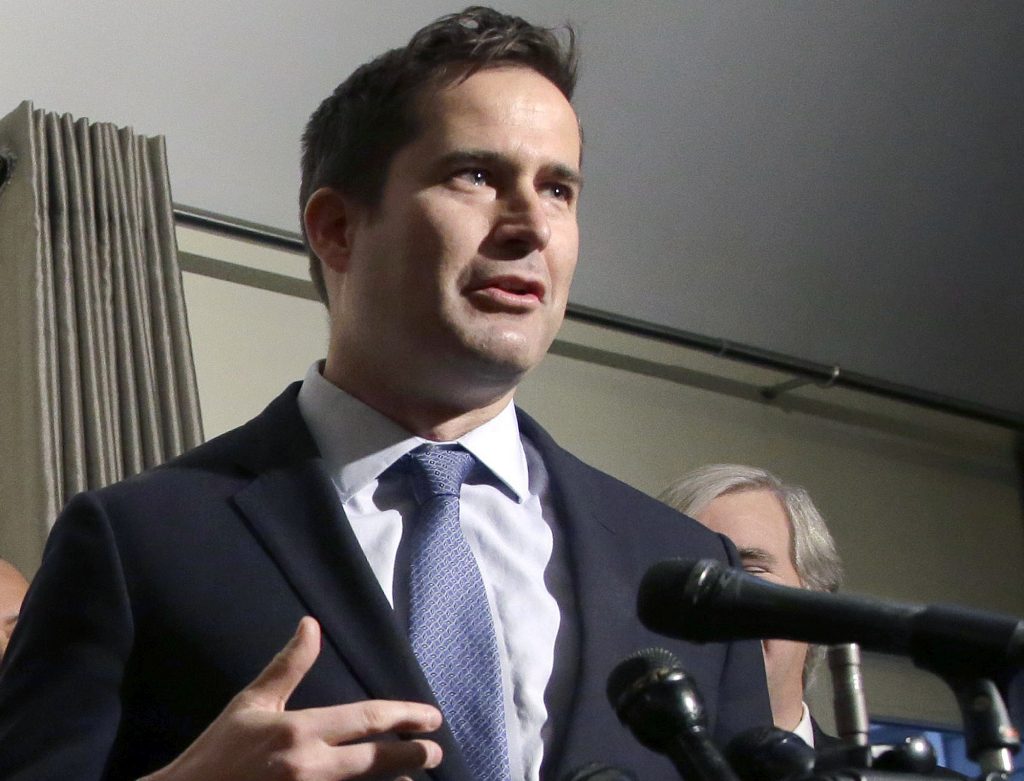 Democratic Party divisions were on glaring display Wednesday as a special-election loss in a wildly expensive Georgia House race left bitter lawmakers turning their anger on their own leaders.

“We as Democrats have to come to terms with the fact that we lost again,” said Rep. Seth Moulton (D-Mass.). “Personally I think it’s time for a new generation of leadership in the party.”

The loss in Georgia followed similar disappointments in special House elections in Kansas and Montana, as well as in South Carolina Tuesday night. The Carolina outcome was closer than in Georgia but drew little national attention.

In the well-to-do Atlanta suburbs, House Minority Leader Nancy Pelosi of California was the focus of torrents of negative advertising in a House race that cost more than $50 million, the most expensive in history. Republican Karen Handel beat Democrat Jon Ossoff by about 5 percentage points.

Although the race was widely viewed as a referendum on President Donald Trump, he was rarely discussed by either candidate, and House Democrats were rattled that the attack ads casting the 77-year-old Pelosi as a San Francisco liberal proved so potent. Some expressed fears about the same tactic being used elsewhere as they aim to take back control of the House in next year’s midterms. Democrats need to pick up 24 House seats to retake the majority.

“It makes it … a lot harder,” said Rep. Tim Ryan (D-Ohio), who unsuccessfully challenged Pelosi in a leadership election last fall. “One of the disappointing things from the last couple days is that that approach has a little bit of punch to it, it still moves voters.”

Trump’s election as president had papered over the intraparty disputes and generational divides among House Democrats, as lawmakers joined in opposing the White House and trying to channel the energy of their party’s liberal base. But now, after a string of disappointments, those divisions have re-emerged, though Pelosi appears unlikely to face an immediate challenge.

Lawmakers are also bemoaning a weak Democratic bench of candidates nationally, and demanding a better strategy for success and a new and stronger economic message that differentiates them more clearly from the Republicans.

“If we think we’re going to win these elections because President Trump’s at 35 percent, I think in districts like mine and certainly Georgia and South Carolina, it takes more than that,” said Rep. Tim Walz of Minnesota. “And I’m not sure that that’s there yet. I certainly don’t feel it.”

“We need to be focused on next November, and what happens with the reality of health care and trade, tax policies and the impact on working men and women,” said Rep. Debbie Dingell of Michigan. She said she has told Democrats to stop focusing on Russia’s meddling in the 2016 election.

Put on defense, House Democratic leaders from Pelosi on down tried to spin the outcome in Georgia as positive, arguing that coming in a close second in the solidly Republican district augured well for their chances of taking back the House next year.

“Unfortunately a loss for us, but not good news for them,” Pelosi told the rank-and-file in a closed door meeting Wednesday morning, according to Democrats present. “We gave them a run for their money.”

Rep. Ben Ray Lujan of New Mexico, who chairs the Democratic Congressional Campaign Committee that invested millions in the race, argued in a memo to lawmakers, “Despite the loss, we have a lot to be proud of” and “we have a unique opportunity to flip control of the House of Representatives in 2018.”

And Rep. Steny Hoyer of Maryland, the No. 2 House Democrat, remarked that “we had no business winning those districts” because of their GOP allegiance.

Democratic leaders said there are at least 70 other districts that will be easier terrain for them than the one in Georgia after post-census gerrymandering in GOP-led states created so many heavily Republican districts.

In a letter to Democrats late Wednesday, Pelosi insisted majority control of the House is up for grabs.

“The president’s numbers are in the thirties and our base is energized,” she wrote. “We must now put forth our message.”

Many rank-and-file Democrats were not having it.

But prescriptions for how the Democrats should move forward varied. Some on the left argued for a sharper progressive message and more pointed attacks on Republicans and Trump, while Democrats from Midwestern and working-class districts emphasized the importance of an economic message that could appeal to working class voters who were drawn to Trump.

One thing most everyone could agree on: Coming in second doesn’t cut it now and wouldn’t be an outcome to celebrate next November.

Said Rep. Ed Perlmutter of Colorado: “Closing the gap is great, but it’s not good enough, and we have to do better.”