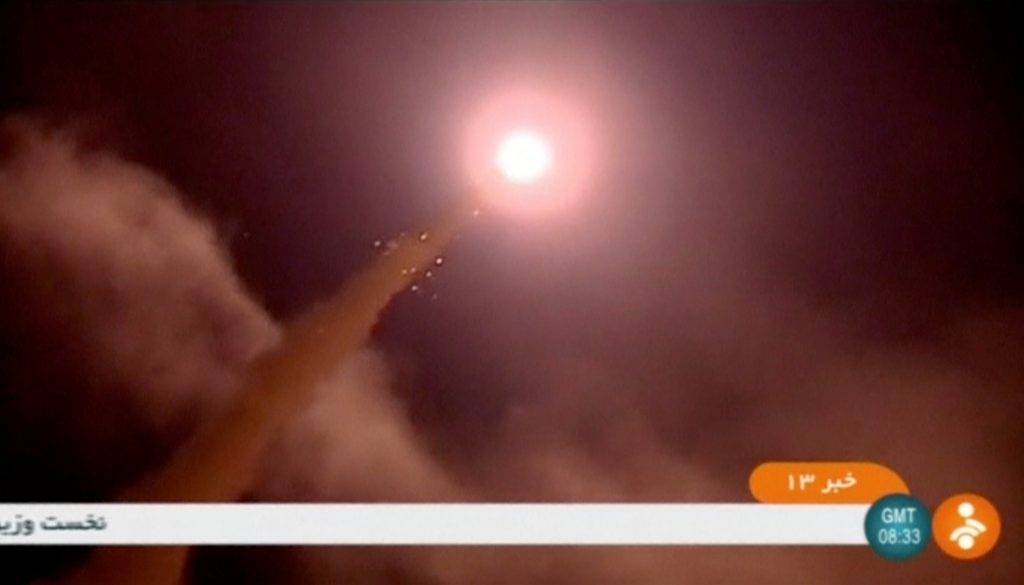 While the Revolutionary Guard in Tehran boasted that the seven missiles overflew Iraq on their way to hitting an Islamic State command center and suicide car bomb operation in Deir el-Zour, Israeli observers called the launchings a “flop.”

Sources quoted in Israeli media said three of the seven projectiles didn’t reach Syria but fizzled out in Iraq instead. Only one landed on its Islamic State target; another missed by hundreds of yards.

“If the Iranians were trying to show their capabilities and to signal to Israel and to the Americans that these missiles are operational, the result was rather different,” Channel 2 analyst Ehud Yaari said. It was “a flop,” said Yaari. “A failure.” Still, “it photographed well,” he said.

Yaari also told The Times of Israel that his sources were “amazed” at the poor performance of the Iranian missiles. “This is what they have to show for 30 years of missile development? Even Hezbollah can do better,” he quoted the sources as saying.

Walla news corroborated Yaari’s report, quoting unnamed “diplomatic sources” as saying that only one or two of the seven Iranian missiles hit their target.

The projectiles in question were Zolfaghar ballistic missiles launched from the western provinces of Kermanshah and Kurdistan.