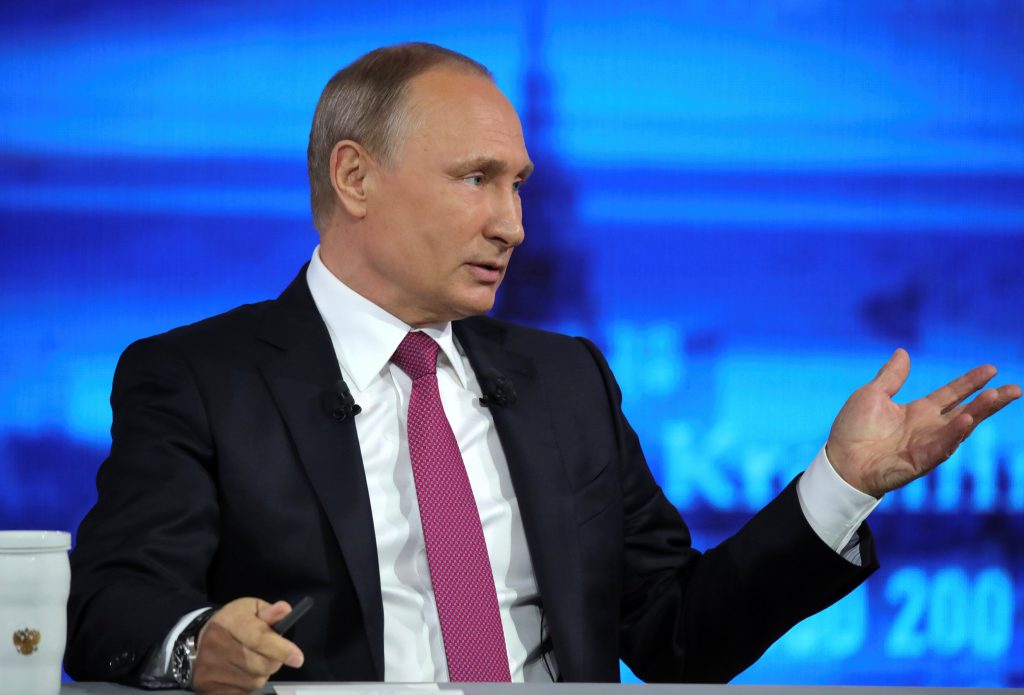 Putin was referring to Comey’s testimony to the U.S. Senate’s Intelligence Committee.

“I am not familiar in detail with the testimony given by former FBI director Comey,” Putin said during a question and answer session with citizens. “Again, he gave no evidence of this [Russian meddling].”

“And what about constant U.S. propaganda, constant U.S. support of America-oriented nongovernment organizations by giving them money directly? Isn’t it an impact on our minds? Isn’t it an attempt to influence how we should behave during election campaigns? This continues year after year,” he said.

Putin, in a combative mood, said many heads of state around the world had told him of similar U.S. meddling in their internal affairs. But they would not voice their concerns openly, fearing to “spoil relations” with Washington, he said.

As for Russia, “we have an opinion of our own, we express it openly. But this is not any sort of underground subversive activity,” Putin said.

Putin also said that it was “very strange” for a former FBI chief to leak details of his conversations with the president to the media through a friend of his.

“What is the difference then between the FBI director and Mr. Snowden?” Putin said, in a reference to former National Security Agency contractor Edward Snowden, who was granted asylum in Russia in 2013 after leaking classified information about U.S. spy operations.

“In this case, [Comey] is not the head of a special service but a human rights activist who defends a certain position,” Putin said.

“By the way, if [Comey] is subject to any sort of persecution in connection with this, we will be ready to give him political asylum in Russia. And he should know about this.”